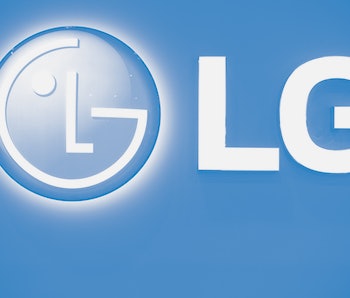 LG’s successor to the tragically-named G8 ThinQ has purportedly leaked in new renders published by CashKaro. The images show a phone, the G9 ThinQ, that builds on the existing design with some small changes.

The information was provided to CashKaro by @OnLeaks, a reliable source for such information in the Android community.

More cameras, less bezel — In particular, this phone drops the notch in favor of a small hole punch for the camera, making the front of the device about as bezel-less as you can get without using tricks, like having the camera pop out of the body. According to @OnLeaks, the display will come in between 6.7 and 6.9-inches, and feature an in-display fingerprint reader (maybe Qualcomm’s second-generation tech). The G9 ThinQ also appears to be packing a four-camera array on the back, up from two on the G8.

Besides those changes there’s not much that stands out in this leaked design — it’s your pretty standard glass slab smartphone. There appears to be a 3.5mm headphone jack, so that’s something people might like. Not that it’s necessarily bad to stick to the same fundamentals; the G8 ThinQ was fairly well-reviewed save for its gimmicky software additions.

We’ve seen this story before — LG has struggled to stand out in an incredibly crowded and competitive Android landscape, with data from Q2 2019 showing its smartphone sales dropped 21 percent from the year prior. The low-end of the market is dominated by Chinese players who offer quality phones at low prices, while Samsung and Apple own the high-end. The middle isn’t even safe, with both the aforementioned players offering new phones like the Galaxy Note 10 Lite and iPhone 11 at budget-friendly prices. LG’s mobile division might just go the way of HTC or Sony.

One recent analyst report estimated that 90 percent of postpaid phones sold at the major US carriers come from either Apple or Samsung.