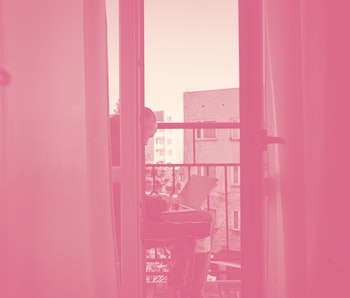 Apple’s 2020 MacBook Air is faster, has a much-improved keyboard — and won’t let the screen hit its maximum brightness. The Air’s brightness limitations were spotted by staff at NotebookCheck.net when they installed Windows on their MacBook Air and found the display to be about 30 percent brighter than when the device was running macOS.

When running Windows, the Air’s brightness maxed out at almost 550 nits, where macOS yielded a maximum of only a little more than 400 nits. That’s unusual for the site’s checks; it notes that, in tests of past machines, brightness has varied very little from operating system to operating system.

Apple hasn’t made any public mention as to why macOS might purposefully hold back its max screen brightness. Likely contenders include performance stability and marketing reasons.

Minimal other differences — In the tests run by NotebookCheck.net, maximum screen brightness was really the only noticeable difference between running Windows and macOS on the MacBook Air. Colors are very accurate on the screen, both on Windows and macOS. Both operating systems hit about the same 1200:1 contrast ratio. To the naked eye, the screen isn’t really going to look much different between operating systems. Just brighter.

Why would Apple do this? — No clue! Apple is usually all about maximizing the potential of its hardware offerings, so it’s surprising to see the company’s own operating system limiting itself in this way.

As the testers mention, it’s possible the lower brightness level is a marketing move by Apple to distance the Air from the beefier MacBook Pro line. The Air is meant to be the company’s most minimalist laptop. If you wanted something brighter, Apple could be saying, spring for the more expensive MacBook Pro.

Other reasons for the limited brightness could be related to the overall performance of the device. It’s possible the screen just doesn’t perform as consistently at such a high brightness level. Screen brightness is also one of the most significant factors in laptop battery life; perhaps the MacBook Air’s slimmer battery didn’t last as long as Apple wanted when the screen was dialed all the way up.

There’s definitely a reason for the brightness limit — Apple wouldn’t deliberately limit its hardware without some sort of rationale. The reason itself is still a mystery, though. We’ve reached out to Apple for comment on this report and will update our story to reflect any answer from the company.