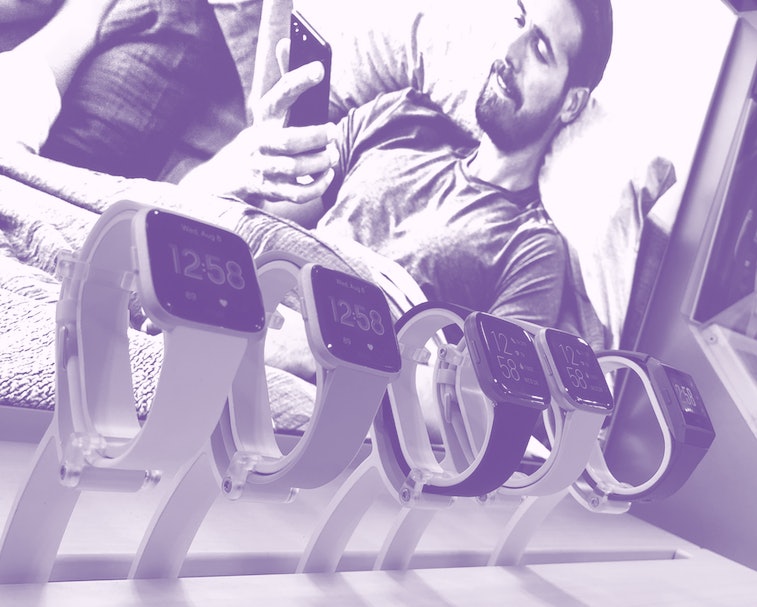 The type of connected devices offered by U.S. carriers has changed dramatically over the past three years, shifting away from fitness trackers and towards the Apple Watch and a slew of smart home gadgets. That's according to new research from analytics firm GlobalData.

“The leading categories of connected devices in the US carrier channel during 2017, such as fitness trackers, have been decimated due to a changing wearables landscape and Apple’s smartwatches," said Anisha Bhatia, senior device analyst at GlobalData. "Fitbit’s unique selling proposition, fitness tracking, is now a commodity feature in most wearables."

This would have been unthinkable years back then, when the Fitbit was a classic stocking stuffer (and Google didn't own it) and the Apple Watch was largely denounced for its slow, poorly-designed software. It took a couple years but Apple finally nailed the experience, and there's no longer a compelling reason to buy a less fully-featured Fitbit, even though it, too, keeps adding new features to try to keep users committed and upgrading regularly.

Why smart assistants are being pushed like crazy — Behind the Apple Watch, smart home gadgets that connect to assistants like Amazon's Alexa or the Google Assistant have become the second largest category of connected gadget offered by carriers. Smart assistants were still pretty nascent back in 2017 but both Apple and Amazon have been racing to cram their smarts into as many everyday appliances as possible — you can now buy Amazon or Google-connected TVs, wall outlets, and even microwaves — and add new features to them. By throwing their assistants into everything (including shower heads), the two companies can rope you into their respective ecosystems, providing them with valuable data and an entry point into other moneymaking services.

For carriers, internet-connected devices offer an incremental source of revenue as pretty much everyone who's going to buy a smartphone now has one (in the developed world, at least). Instead of just paying for cellular services on your iPhone, you may now throw in an Apple Watch with LTE for an extra $5 per month. And walk into any Verizon or AT&T store today and you'll be pushed by sales reps to bundle an Echo or Google Home with your smartphone purchase so they can grab a little extra margin there.

These trends should continue, GlobalData says, as hardware gets cheaper and 5G networks start to light up, which will enable more mobile devices to be persistently connected to the internet thanks to its low-latency and high-bandwidth capabilities.