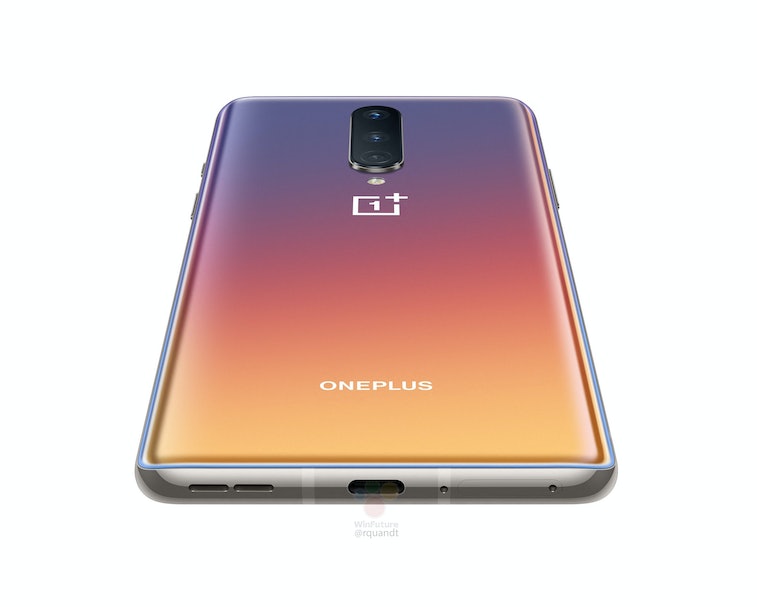 The OnePlus 8 will be announced on April 14 and as always OnePlus is hyping it up big time. Retweeting Display-Mate, which is overzealously calling the color accuracy on the OnePlus 8 and 8 Pro phones "visually indistinguishable from perfect!!" OnePlus CEO Pete Lau claims the phones' screens actually break 13 records.

That's quite an achievement, but at the same time, we're talking about a phone screen. How much more color-accurate do we need them? How many people will even be able to see and appreciate the extended gamut range? With all due respect, every new premium phone tested by Display-Mate earns an A+, which makes the scores virtually meaningless.

Killer performance first — Pointless display boasting aside, the OnePlus 8 and 8 Pro sound like they're going to be insane phones if these leaked specs by noted leaker Ishan Agarwal are accurate. OnePlus has already announced a few specs for the OnePlus 8 series: Qualcomm Snapdragon 865 chip, 5G, UFS 3.0 storage, and faster LPDDR5 RAM. The 8 Pro will also likely have a 120Hz display.

Per Agarwal, the 8 Pro will allegedly sport a 6.55-inch FHD+ resolution display with 90Hz Fluid AMOLED display and come in three colors (glow, black, and green). The phone will have either 8GB or 12GB of LPDDR4X RAM, 128GB or 256GB of storage, and a 4,300 mAh battery. The OnePlus 8 is expected to have a triple camera system with image sensors comprised of 48 megapixels, 16 megapixels, and 2 megapixels. The selfie camera should have 16 megapixels.

The OnePlus 8 Pro, on the other hand, is expected to have a larger 6.78-inch QHD+ resolution screen with faster 120Hz refresh rate and come in three colors (blue, black, and green). The storage and RAM options appear to be the same with the latter being faster LPDDR5 RAM. The phone also allegedly comes with a larger 4,510 mAh battery.

Wireless charging and IP68 rating — The biggest upgrade is the OnePlus 8 Pro's built-in 30-watt wireless fast charging, 3-watt reverse wireless charging, and IP68 water- and dust-resistance. The addition of both are notable because OnePlus has for years intentionally dismissed both features in order to keep prices down. Lau has also repeatedly criticized wireless charging as being too slow compared to the insanely fast Warp 30T charging wired charging.

Well, it sounds like that's about to change. With 30-watt wireless charging, the cable-free charging technology might finally meet OnePlus' standards.

IP68 water- and dust-resistance is another good upgrade since nearly every premium smartphone has had it for years.

RIP Samsung? — With the Galaxy S20 Ultra ultimately disappointing and expensive, OnePlus has a real opportunity here to hit Samsung really hard this year, especially if the 8 and 8 Pro don't cost $1,000. The biggest question mark is the camera, which has always been the weakest point on OnePlus phones.

While not the worst cameras, OnePlus cameras can never seem to catch up to the iPhone, Pixel, or Galaxy shooters. But if OnePlus can deliver solid cameras on the 8 and 8 Pro, it's basically the beginning of the end for Samsung phones.