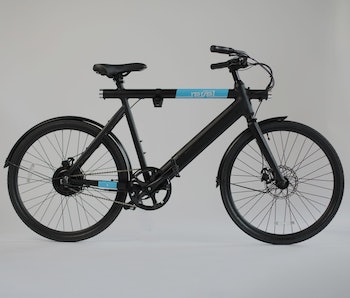 Revel is once again expanding its operations in New York City, this time with a subscription e-bike rental service starting at $99 per month. “Coast by Revel,” as the company is calling it, will include free bike delivery, repairs and maintenance, and 24-hour customer support. The program will launch next month (exact date to be confirmed), and it’s open for early access signups now.

“We’ve been listening to our users to understand what they want and what they need,” Revel CEO Frank Reig said, “and being ready to deliver a vehicle at a time when it couldn’t be more needed for a city like New York.”

The Revel-branded e-bikes being used for the program look… pretty familiar, if you’re watching the market like we are. And by that we mean the design is eerily similar to the VanMoof S3, a high-end, $2,000, Dutch-made e-bike that emphasizes built-in conveniences like integrated lighting and anti-theft features. Revel’s bike is actually made by Wing, an NYC-based startup that’s been making electric bikes since 2018.

Wing’s "Freedom 2 bike" that'll be used for the service weighs about 39 pounds and includes a 36V / 550W motor. The bike has a top speed of about 20 miles per hour and can travel a maximum of approximately 45 miles on a single charge. That’s plenty of power for NYC commuters — but will they be willing to buy into the company’s subscription rather than simply purchasing a bike outright?

Betting big on subscriptions — Complimentary maintenance will likely be Revel’s biggest selling point here, as the nearly $100-per-month fee is steeper than the hills you’ll be climbing on the bike. The Wing e-bike being used for the program can be purchased for $1,299 — and some simple math shows that, after just about a year of subscription fees, you could’ve just bought the bike instead.

Like other subscription services, Revel is hoping convenience will trump the math. Plenty can go wrong with e-bikes, and a first-time rider might see value in not having to worry about maintenance. Plus you can cancel the service at any time — so if NYC’s mean streets are too much for you, you’re out a few hundred bucks rather than more than a thousand minus whatever you can recoup on the secondhand market.

Revel’s moving on — The last year for Revel has been rough. As in our-vehicles-are-literally-killing-people rough. The company’s flagship product, a fleet of rentable mopeds, had such lax safety protocols that two people ended up in deadly crashes in the span of 11 days last year. Revel immediately suspended its moped service, though the vehicles are now back on NYC streets with some new checks and measures.

Revel is now doing everything in its power to put last summer’s deadly events behind it. Earlier this month, the company announced the creation of an ultra-fast charging hub in Brooklyn, and now it’s expanding into e-bike subscriptions, too. Frankly, we're keen on anything that gets more people in New York on bicycles, which may, in turn, see more attention being paid to bicycle-related infrastructure.