Ring shrugs off recall, says cameras only combust if you install them incorrectly 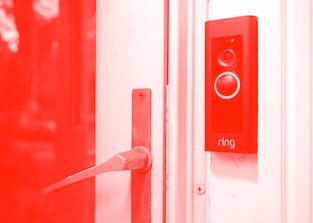 Just when you thought things couldn’t get any worse for Amazon-owned Ring, some of the company’s doorbell cameras are spontaneously combusting. If Ring doesn’t catch you with its flawed security, it’ll do so with flames, apparently.

About 350,000 of Ring’s second-generation door cameras are being recalled over fire and burn concerns, according to the U.S. Consumer Product Safety Commission (h/t The Verge). Ring has reportedly received 23 reports of Ring cameras suddenly bursting into flame and causing minor property damage; another eight reports have been filed with complaints of burns.

Ring says users should have no problem with their devices as long as they’re installed properly. But maybe… just maybe… your fairly expensive doorbell cameras shouldn’t catch fire at the slightest user installation mistake? Just an idea.

All about the screws — The spontaneous combustion is reportedly related not to the Ring camera itself but rather to the type of screws used to install it to a user’s door. If the “wrong screws” (those not included in the box) are utilized for device installation, it can lead to overheating problems related to the camera’s battery.

Talk about downplaying — As you might expect, Ring isn’t exactly ready to just come out and say its devices are flaring up into burning balls of metal and plastic. Or to even come close.

“Customers do not need to return their devices,” Ring said in a statement. “We have and continue to work cooperatively with the CPSC on this issue and have contacted customers who purchased a Ring Video Doorbell (2nd Gen) to ensure they received the updated user manual and follow the device installation instructions.”

Ring doesn’t give much advice for users who have already mounted their devices with the wrong screws. You’d think that kind of messaging might be a priority here, but apparently Ring believes otherwise.

You might want to return it — Ring says (in bold lettering) that you do not need to return your device. Given the company’s general downplaying of the situation, though, returning it might actually be your best option. Especially considering the company’s underlying privacy issues.

Most of the affected cameras were sold between the months of June and October; you can check if your device is one of those included by searching your serial number on the Ring Support site.