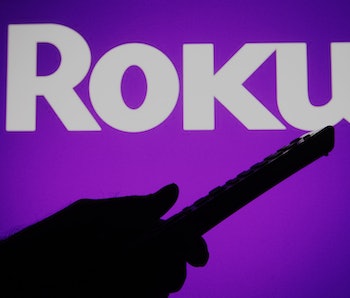 Roku today announced updates to its line of streaming entertainment devices, updates which it likely hopes will help it compete against Amazon’s encroachment in the space with the recent launch of its very own branded TV sets.

More potent — The biggest change with the Streaming Stick 4K is an improved processor that Roku says should allow the device to boot up 30 percent faster and load channels more quickly. Wi-Fi speeds are also said to be improved. The Streaming Stick+ already supported 4K, but the new device adds Dolby Vision and HDR 10+ for more detailed visuals.

The standard Streaming Stick 4K is priced at $49.99, or you can pay $69.99 to get it bundled with the Roku Voice Remote Pro. The company released the remote earlier this year, which features rechargeability, a lost remote finder, and hands-free voice support. You can say things like, “Hey Roku, turn on the TV,” followed by “launch Netflix,” all without touching the remote at all. The baseline Streaming Stick 4K supports voice controls, but it’s not hands-free.

The Roku Ultra LT, as mentioned, is exclusive to Walmart. It’s not that different from the Streaming Stick 4K besides support for ethernet, for people who might have poor Wi-Fi. It costs $79.99.

Amazon’s encroachment — The pricing here is competitive with Amazon, which recently released the Fire TV Stick 4K Max (yes, these names are a mouthful) that offers many of the same features but starts at $54.99.

Amazon has also released its own Fire TV-branded televisions, however, and they’re priced quite competitively — the most affordable model offers a 43-inch screen with support for 4K UHD and is priced at just $409. Roku has instead partnered with TV manufacturers like TCL to power their sets with its Roku OS.

Neither Roku nor Amazon are really in the hardware business. For both, the streaming products are meant to sell something else. For Roku, most of its profit comes from advertising revenue, as well as charging streaming companies like Netflix for prominent placement on its operating system. Amazon uses Prime Video to keep people paying for its annual membership and ordering goods from its retail business.

At this point, both Roku and Amazon offer solid streaming sticks. The whole point is to get you to your content as quickly as possible, and both accomplish that. But Amazon’s Fire TV hardware is probably best suited for those who live in the company’s ecosystem, paying for Prime and accustomed to using the Alexa voice assistant. For everyone else, Roku might be a better choice as the company is platform-agnostic — it doesn’t care what services you stream from. And to make more money from advertising, Roku has been heavily investing in free, ad-supported streaming through The Roku Channel, which offers movies, live TV, and other content for free. The company recently bought Quibi’s content library after it went out of business. That all means Roku should be appealing for true cord-cutters.

As part of today’s announcements, Roku is updating its operating system so that users can add one of The Roku Channel’s 200+ free live TV channels to their home screen.