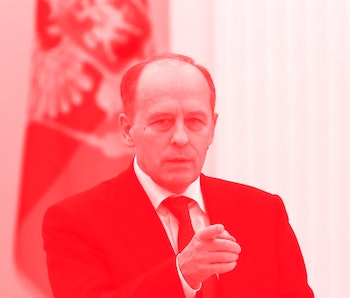 Andrew Roth of The Guardian tweeted on Wednesday about the blocking of encrypted email clients ProtonMail and Startmail. The Russian Federal Security Service (FSB) — essentially a KGB rebrand — blocked the services of ProtonMail.com a few days after giving Startmail.com the same treatment. The agency claims that several bomb threats originated from the clients’ accounts. Since November 2019, Russia has experienced an onslaught of bomb hoaxes causing mass evacuations of businesses, schools, hospitals, and various other buildings.

The bomb threats — This isn’t the first time Russians' day-to-day activities were frequently upended in recent memory. Back in 2017, about 2,500 locations were evacuated due to bomb threats, according to Bloomberg. This new wave, starting on November 28, 2019, has led to the evacuations of a million people in Moscow alone. No bombs have been found so far, but these kind of threats create public panic (and push people out into the harsh, Russian winter).

ProtonMail — The FSB claims 830 of the false bomb threats are connected to ProtonMail accounts, so it's restricting the use of the service throughout Russia. ProtonMail allegedly did not cooperate with Russian authorities to track down the users of the accounts, but the company maintains it was never contacted. ProtonMail is looking to get the block lifted and has offered a workaround for its Russian users.

The curious case of Startmail — On December 27, 2019, Startmail.com was added to a Russian Register of information distribution organizers without its knowledge. As of this writing, it’s still on that list and you can find ProtonMail on the tab marked “Registry of Prohibited Sites.”

Two days before it was officially blocked, the company received a letter from the Russian Federal Service for Supervision of Communications, Information Technology and Mass Media. The agency, known as Roskomnadzor, accused StartMail of breaking several Russian Federal laws.

On January 23, StartMail was restricted throughout Russia due to “thousands” of hoaxes sent from anonymized accounts. These hoaxes are allegedly, directly linked to the start date of November 28. The letter and blocking of Smartmail.com occurred within a week of Russian newspaper Novaya Gazeta penning an open letter to FSB Director Alexander Bortnikov regarding the agency’s inaction.

StartMail CEO Robert Beens insists it would cooperate if Russia worked with authorities in the Netherlands (where the company is based). Like ProtonMail, the company claims the Russian government never reached out. Beens wrote:

"If there is a legitimate legal case to be made against certain StartMail accounts, we encourage the Russian government to reconsider their position and follow established international law and legal procedures, rather than blocking access and denying Russian citizens access to better email security and privacy."