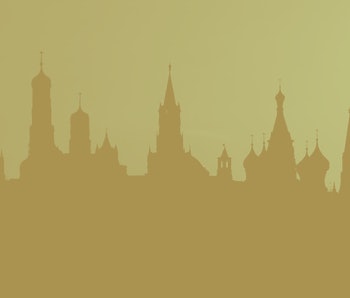 The Russian government has announced it’s successfully tested a nationwide alternative to the global internet. BBC reported the news on Tuesday and says the results will now be presented to Russia’s president, Vladimir Putin.

Earlier this year the country passed legislation that would allow it to create a “sovereign internet.” Russia claims the move is intended to protect it from foreign cyber aggressors, but local critics argue it’s the first step towards state-controlled digital censorship.

A giant Russian intranet — If rolled out, Russia’s “unplugged internet” would be able to control internet access in much the same way China’s Great Firewall does. Russian internet service providers would mediate the content local internet users could access, and undesirable international content could be filtered and blocked at entry points, like undersea-cable landing stations.

No getting around it — As the BBC notes, “One of the benefits of effectively turning all internet access into a government-controlled walled garden, is that virtual private networks (VPNs), often used to circumvent blocks, would not work.”

Nonetheless, you can bet there’ll be internal resistance to any attempts to place limits on the Russian internet. It is, after all, the home of messaging service Telegram, which has already gone to the mat with the government there over proposed privacy infringements, with mixed results.

Russia is also home to data-privacy and data-freedom activist Edward Snowden, though it might not be in his best interest to be too vocal about his host’s plans.

More like this
Andrew Paul
6.24.2022 2:58 PM
Powerplay
Tesla Powerwall owners will soon get paid to be energy mules
Andrew Paul
6.23.2022 4:30 PM
Hard Pass
Amazon's plan to have Alexa deepfake dead relatives is even worse than it sounds
Andrew Paul
6.15.2022 4:33 PM
Ginsbot
No one asked for a Ruth Bader Ginsburg chatbot, but now we have one