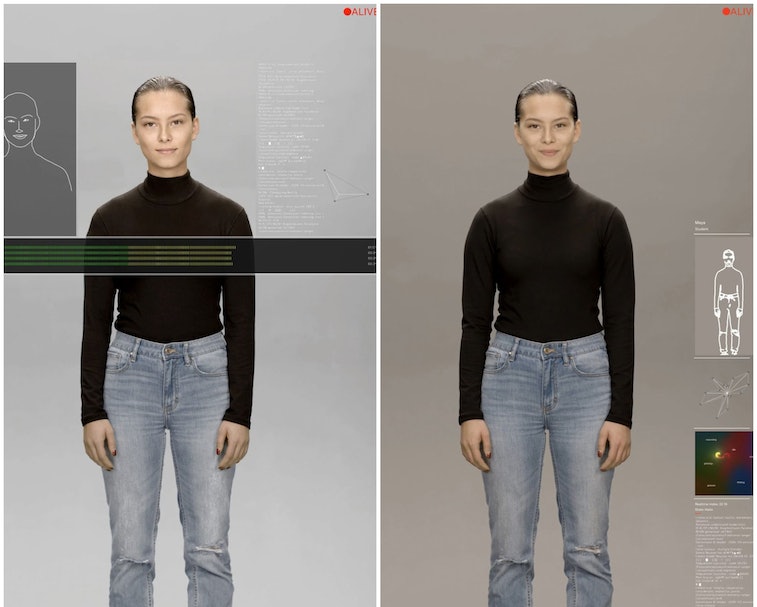 What does the future look like? Like a woman named Maya, standing firmly in the uncanny valley and doing her best Steve Jobs impression, if a picture tweeted out by Pranav Mistry, project lead for Samsung Neon, is anything to go on.

Although the leaks and teases from Samsung and its various accounts suggested a CES reveal, apparently we didn't have to wait to get our first glimpse at the mysterious project Neon after all. Though we're going to have to wait for the details. Mistry says "Ready to demo CORE R3" which has been mentioned in posts from Neon official social accounts. It hasn't been clear if the R3 engine is AI, a renderer, or some kind of more cohesive set of components that make up the Neon experience. He says the system can "create new expressions, new movements, [and] new dialog" based on data captured (presumably from a real human subject).

So, CORE R3 is the engine for Samsung's deep fake machine? Is Neon an artificial intelligence with a human face designed to be the world's most realistic Tamagotchi? Is it meant for phone screens, TVs, or some kind of dedicated device? We don't have those answers yet. But whatever it is, as promised, it's definitely not Bixby.

Update: In a detailed video compiled from Reddit threads and leaked videos of Neon, YouTube user Good Content puts together a full breakdown of what Neon is, which appears to be something of an amalgam of deep fakes, CGI, and (if you believe the hype from Samsung), an AI / machine learning algorithm that lets Neon take real faces and body movements and remix them in realtime. Whether or not this lives on a phone or is even a real product remains to be seen, but the mystery is unraveling pretty quickly here.