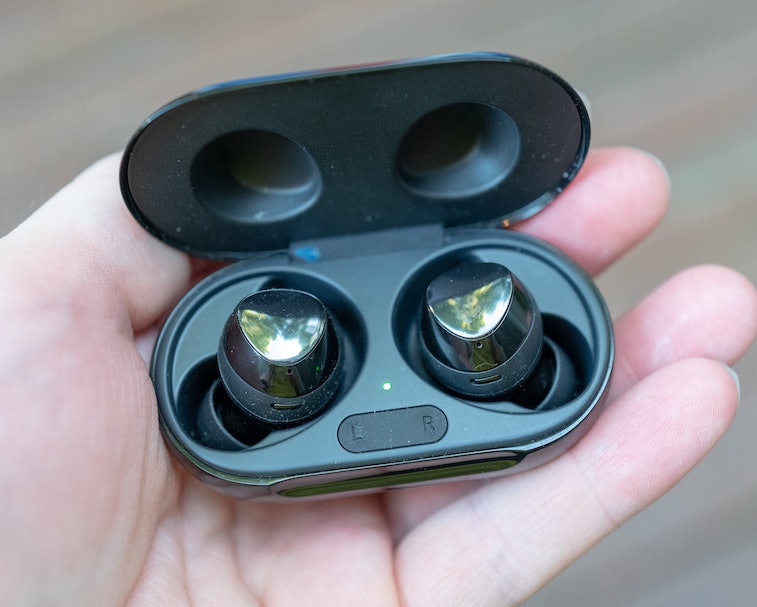 Apple was an innovator in the space of truly wireless earbuds, but no longer is it possible to definitively say that the company has the best product out there. Samsung in particular has released some strong contenders in the Galaxy Buds+ and Buds Live, and the former is on sale today for $119.99.

In our review, we highlighted the Galaxy Buds+ for their ability to produce great sound, though the Buds+ have only passive noise cancellation rather than the more isolating active kind. The standard AirPods don't have active noise cancellation (ANC) either and those start at $159. We found that the Buds+ nonetheless hold up well on trains and in other noisy environments.

If you want ANC, you have to shell out $249 for the AirPods Pro or $169 for the Galaxy Buds Live. In our review of the latter we found that, although the Buds Live have a cool bean-shaped design, the ANC is pretty weak and doesn't compare to that found in the high-end AirPods.

The Galaxy Buds+ lasts up to 11 hours of battery life on a single charge.

Another plus (no pun intended) of the Galaxy Buds+ are their incredible battery life of 11 hours on a single charge. That's six hours longer than the AirPods or AirPods Pro (with ANC turned off), and three hours longer than Sony's WF-100XM3, another top pick for wireless earbuds. The Buds+ case adds another 11 hours of juice for a total of 22 hours — slightly less than the 24 hours provided by the competition, though the longer life of the Buds+ on a charge means you won't need to drop them in the case as often.

By our estimation, the Galaxy Buds+ are cheaper, sound better, and last longer than the second-generation AirPods. If you can forgive the lack of ANC, at $119.99 these are easily some of the best non-AirPods wireless earbuds out there. They're available in various colors on Amazon... and they don't have a stem!