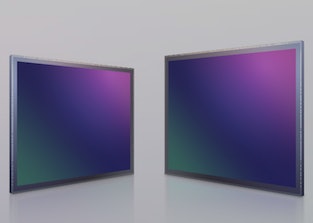 As usual, Samsung's trying to wow us with big numbers.

Samsung is known for rolling out mobile hardware equipped with jaw-dropping specs, and often ones that break new ground. The Galaxy S20 Ultra, which was released early last year, perhaps best represents the South Korean manufacturer’s penchant for producing the most powerful mobile devices... on paper at least. After all, the S20 Ultra did introduce a 108-megapixel camera sensor to the market even if the results didn’t always play out as well as that impressive number would lead you to believe they should’ve.

But Samsung’s taking another shot. Today the company announced a new, 200-megapixel camera sensor intended for use in mobile devices. Dubbed the “Isocell HP1,” Samsung says it will be the industry’s first 200-megapixel sensor (made possible thanks to 0.64μm pixels).

Zoom and enhance — Samsung says the HP1 will allow photos to retain a “high-level of detail despite cropping or image resizing.” Good news for anyone who likes to take an existing photo, zoom in on a strange or comedic detail, and then assign the new image to, say a contact (or a meme template).

Lowlight performance should also benefit. The HP1 sensor makes use of “ChameleonCell technology, a pixel-binning technology that uses a two-by-two, four-by-four or full pixel layout depending on the environment.” In other words, whenever you’re trying to snap a photo at night, the sensor will transform into the equivalent of a 12.5-megapixel image sensor. shooting 8K video will also be no problem, and the sensor will be able to do so at 30 fps.

But wait, there’s more — On top of the HP1 announcement, Samsung also unveiled the Isocell GN5, another sensor that will adopt “all-directional focusing Dual Pixel Pro technology,” with two photodiodes in a single 1.0μm pixel. Samsung says that will greatly improve autofocusing capabilities.

One of the major issues with the Galaxy S20 Ultra camera was its lackluster autofocus capability. With the GN5, auto-focusing should be nearly instantaneous.

While neither the HP1 and GN5 are commercially available yet, samples have been made available to some testers. This means we’ll soon see if these sensors can actually live up to Samsung’s promises... and that you can bet we’ll see other manufacturers looking to make equivalents, soon (failing which, they may just buy Samsung’s for their own devices).

As anyone who remembers the great pixel wars of the last decade will tell you, more megapixels don’t necessarily translate into better images... but we confess we can’t wait to try a 200-megapixel sensor anyway.