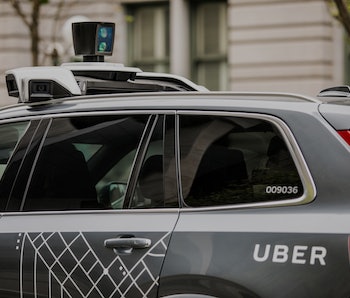 After a two-year hiatus sparked by a fatal crash involving a pedestrian in Arizona in 2018, Uber Advanced Technologies Group plans to test its autonomous vehicles in San Francisco once again, according to TechCrunch.

The company pulled back on all public test runs after one of its self-driving cars hit and killed pedestrian Elaine Herzberg two years ago. At the time, Uber was testing its autonomous vehicles in the Phoenix area as well as San Francisco, Pittsburgh, and Toronto.

Slowly resuming business — While the company is indeed resuming its test runs, don't expect anything groundbreaking out of this decision. As multiple outlets have noted, Uber plans to keep it a lowkey affair by test-running only two Volvo XC90 vehicles in San Francisco for the time being. To avoid any kind of mishaps, technical and otherwise, the company will equip each autonomous vehicle with one human safety driver on board. In additional measures, the test drives will take place during daylight hours on select public streets, and the cars have been equipped with automated emergency brakes and enhanced awareness of their surroundings, including pedestrians. The cars will not pick up passengers.

A company spokesperson told CNET, "Our testing area will be limited in scope to start. But we look forward to scaling up our efforts in the months ahead and learning from the difficult but informative road conditions that the Bay Area has to offer."

It makes sense that Uber would want to take things slowly this time around. After assessing the 2018 fatal crash, government officials slammed the company for what they called was an "inadequate safety culture" at Uber. If Dara Khosrowshahi knows one thing, it's that Uber will never be able to dominate the autonomous vehicle market with another disaster like that.