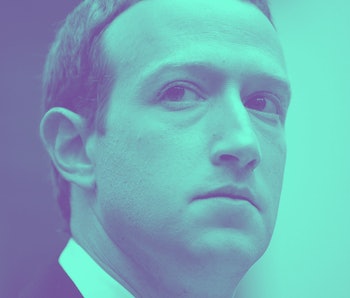 After a series of reports about regulators criticizing its launch strategy, Visa and Mastercard pulling out, and concerns about its impact on international monetary policy, Facebook is easing off the gas pedal on its Libra project, according to sources that spoke with The Information.

Here's the gist: Facebook won't launch its Libra blockchain-based currency for now but it still plans to let users take advantage of its digitized and government-backed currency system. So, you won't see Mark Zuckerberg's version of a synthetic currency but you will be able to, sometime in October 2020, use his network's digital wallet dubbed Calibra.

It was bound to happen — Nic Carter who is a partner at Castle Island Ventures, an investor fund focused on blockchain projects, told The Information that the decision sounded like a "conciliatory approach."

"I think a lot of the resistance [Facebook] encountered in Washington was," Carter explained, "due to the fact that they were a private entity creating a new currency with foreign reserves." Carter's speculation sounds similar to the apprehension echoed by Ajay Banga, the CEO of Mastercard. In February, Banga explained to The Financial Times why he didn't trust Facebook's claims on Libra, especially how they kept commerce details under the wraps.

Hiccup in launch, lack of faith in model — Libra's underlying business model inspired little confidence in Banga. When it came to his questions about data transparency, compliance, and integrity, Banga said that he didn't get clear answers. A project that digitizes currency and allows money to flow directly between businesses and individuals outside the conventional routes will naturally spark concerns among the sector, and some people view the venture as a shadow bank beyond the reach of financial laws. Depending on the direction the U.S. elections take this year, those kinds of financial gray areas — particularly those connected to the world of technology — could be due for fresh scrutiny.

Still hope? — Despite some of the setbacks, there are still some major players attached to the concept and supporting Facebook's venture; Spotify, Lyft, Shopify, and the VC monolith Andreessen Horowitz, to name a few. With that kind of money and power as part of the equation, it's unlikely this project will stay in the background for long.

Even before The Information report and Banga's publicly-shared worries, Patrick Ellis of the Libra Association said in late 2019 that Libra lacked a coherent launch strategy. Things have been, from the looks of it, shaky from the get-go. A pause and shift in plans like this one was inevitable.