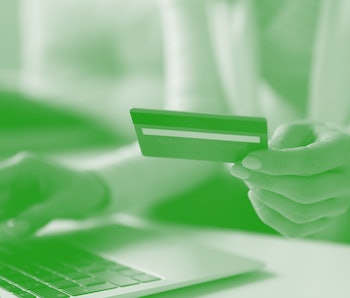 Shopify has been described as the online seller's answer to Amazon, but according to a new report in the Financial Times, it's up against some of the same issues the world's largest consumer-facing retailer faces. As it continues to grow at breakneck speed, fraudsters are beginning to crowd onto the e-commerce platform that allows merchants to quickly start selling goods on their own websites.

The company has been a big winner during the coronavirus pandemic — Shopify's stock is up 40 percent in the past month alone — as mom-and-pop shops and larger retailers alike shift business online. Many merchants like the platform because it's decentralized, meaning they host products on their own sites rather than on Amazon, where that company can control their fates and demand big fees while also tracking their selling history. But like Amazon, Shopify allows anyone to sell goods using its services... and that means trouble.

An analysis from FakeSpot of 120,000 sites on Shopify found that as many as 21 percent "posed a risk to shoppers." Some shops don't sell anything at all, collecting credit card and other personal information with no intent to deliver a product. Others have been found copying legitimate brands like Supreme to peddle counterfeit goods.

Platform woes — To be sure, the issue of fraud is one that Amazon knows all too well. But Shopify has received much less scrutiny for the same issue, in part because Shopify only deals with merchants, and many consumers don't even know they're using the platform when they shop digitally. A spokesperson for Shopify told the FT that it is working on methods to combat the "industry-wide" problem.

In its early days, Amazon bought all the products that it sold and stocked them on its own warehouse shelves. Today, the vast majority of sales are made through its marketplace where anyone can list products and ship them directly to customers, meaning Amazon doesn't have a chance to inspect them beforehand (though it gives special treatment to merchants that store their products in its warehouses).

This type of open model allows companies including Amazon and Shopify to scale rapidly, but as we're seeing, there are drawbacks. When you walk into a store like Target you expect a certain level of quality because the company has scrutinized each item before putting it on its shelves. On digital marketplaces, customers, unfortunately, have to do a lot of that work themselves, scrutinizing the name of the seller and their reviews — and even that is unreliable as scammers will pay for fake reviews or set up fake sites that look legitimate.

No reviews — Where Amazon has reviews, stacked as they might be in sellers' favor, Shopify sites don't typically have reviews at all. And customers who've been jipped on Amazon send their complaints to the company — since Shopify operates in the background of e-commerce websites, customers might not know to report issues to it.

An e-commerce specialist at Bain & Co told the FT that security measures put in place by Amazon and eBay have pushed scammers to Shopify since it's lacking in those areas. Shopify will have to use all the money it's now bringing in from its over one million merchants to invest in greater anti-counterfeit and scam measures. That's just one of the prices you pay for growth.