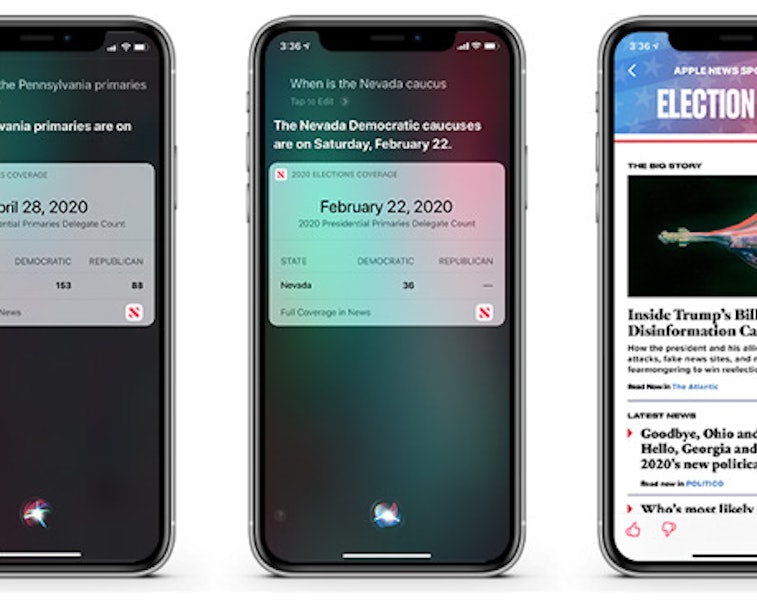 Siri will now answer your burning questions about the 2020 presidential election. Apple is partnering with the Associated Press on the functionality, which will verbally respond to election questions and return relevant articles in Apple News.

It’s still classic Siri — Certain queries, such as when your state’s primary is going to happen, can be answered directly by the “intelligent” assistant. Siri will also be able to tell you how candidates performed in a caucus or primary. More complex questions will return an article instead, as Siri is known to do.

Apple also has a dedicated “Election 2020” spotlight section in Apple News that rounds up the biggest election stories and latest news.

I guess the functionality is useful, but the problem with Siri has always been that if it’s just going to return web results I might as well just type them into Google myself. At least then I can type in a very specific query that's not phrased in a way Siri can understand. For those with physical impairments this consideration is different, of course. AppleInsider says the new feature just started rolling out to Siri today.