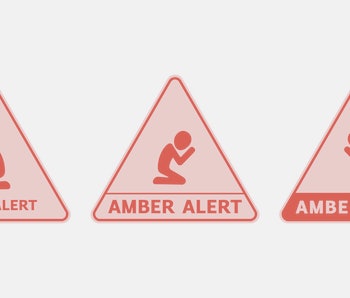 Rekor, a company that makes surveillance and related software, has announced it will use its vehicle recognition tech as a secondary distribution channel for Amber Alerts. As Engadget explains, Amber Alerts are an important part of protecting children in the U.S. and launched in 1996 after the abduction and murder of Amber Hagerman, for whom they’re named.

Matt Hill, Rekor’s chief science officer, says the move will “make it easier to find a vehicle involved in an Amber Alert, child abduction emergency, or any other crime involving a vehicle.”

Works with existing cameras — The company’s artificial intelligence and machine learning software works with existing IP, traffic or surveillance cameras, and can recognize vehicle makes, models and colors in addition to license plates. Any potential matches will be sent to law enforcement directly.

These alerts actually work — According to Rekor, in 2017 and 2018 more than a quarter of the cases where a child was rescued due to the activation of an Amber Alert were resolved because someone recognized the vehicle in the alert.

Amber Alerts will keep going out to regular sources like radio, TV, road signs, mobile phones, but Rekor hopes the addition of vehicle recognition will make them even more effective. The company is “offering free licenses to law enforcement and other agencies responsible for quickly recovering abducted children, as well as finding vehicles associated with other crimes.”