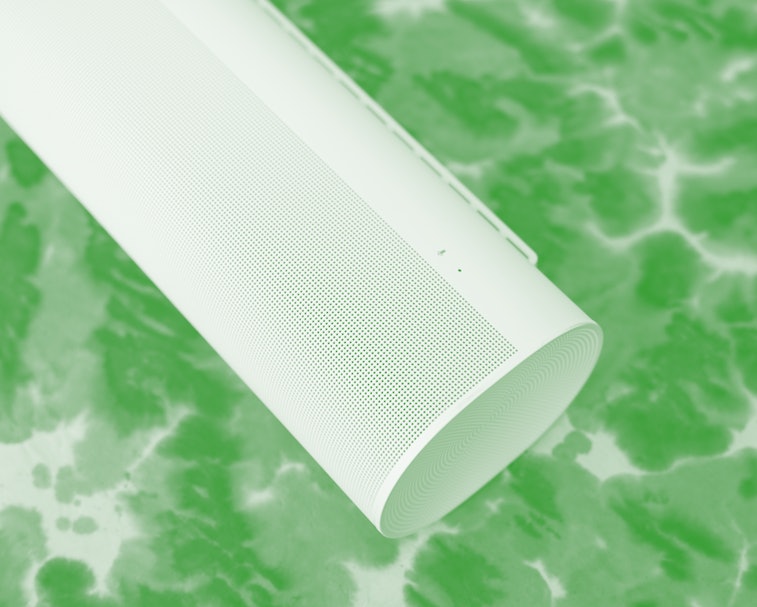 The secondhand market may no longer be the only place to find affordable Sonos hardware. It seems the audio company is finally making a budget soundbar, according to a new report from The Verge, which details a new entrant, codenamed “Fury,” that will reportedly be released on June 7 for $249.

A new sub-$300 price point — lower than both the $449 Sonos Beam and $899 Sonos Arc — is the big selling point of the Fury and its current set of features seem to back that up.

Unlike the Beam or Arc, the Fury reportedly doesn’t have built-in mics for smart assistant capabilities, doesn’t support Dolby Atmos, and doesn’t feature an HDMI port. It’s a soundbar in the classical sense of the word, designed for music and TV first and foremost, with only an optical cable connecting it to your entertainment system.

Fury — Those limitations also mean that it’s only going to be capable of Dolby Digital surround sound on its own, with the option of expanding to a 5.1 system with other Sonos speakers on the table too. Interestingly, The Verge writes that Sonos is also working on a vertical wall-mount for the Fury, to be paired with the company’s higher-end Sonos Arc.

Sonos did not immediately reply to a request for comment.

An ecosystem — Ultimately getting into the Sonos family of products is the other advantage of the Fury when it’s released under its final name. Sonos has a mature ecosystem of audio products that all work together. The company seems like it might expand things with TV software soon too.

Having a comparatively affordable way in, whether it’s a new soundbar or the Sonos Roam means it’s even easier to sell you on the next Sonos product. It totally works — as a Roam owner, I’d strongly consider a cheap Sonos soundbar.