"Spotify Kids was born out of the desire to create a playground of sound just for kids." 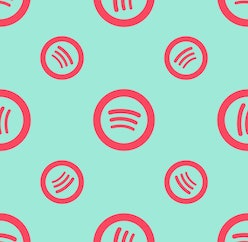 Spotify has released a kid-friendly version of its music streaming app called Spotify Kids. The app, which is first launching as a beta in Ireland, is a hub where young people can browse Spotify's library without running into adult content.

Why this? Why now? — Behind the scenes, Spotify needs to figure out the path to sustained profitability. The publicly-traded company continues losing money and, as deals with record labels expire, its costs are likely to increase. Spotify plans to widen its services.

That’s why Spotify acquired podcast-based Gimlet Media and Anchor, and now we’re seeing an effort to attract subscribers with children through Spotify Kids. Spotify’s ultimate goal is to serve as the all-in-one listening platform.

The company’s reasoning — Parents with Spotify Kids won’t have to worry about what their children are listening to. The app ditches everything with explicit language and themes, and instead offers kids carefully-selected music and stories from popular artists and characters. It also brings the ability to discover new content.

Some music without parental advisories can be off-limits, too. Spotify Kids tasks a team of editors to hand-pick content that’s appropriate for children ages 3 and up. The editors, with nearly 100 years of combined experience, joined Spotify from companies like Disney, Nickelodeon, and Universal Pictures.

“Spotify Kids was born out of the desire to create a playground of sound just for kids, to build a place where younger kids can explore their favorite music and stories in a fun environment,” said Chief Premium Business Officer Alex Norström.

The app doesn’t look like Spotify’s flagship version. It taps into cognitive skills through a design that appeals to kids: simple and bright. Spotify also tailored the Spotify Kids app for multiple age groups, relying on softer images and characters for younger children while older children see realistic, detailed images.

Children, be patient — Spotify Kids is official, but you’re unable to download the app outside of Ireland. Instead, you’ll need to wait a few weeks (or months) to gain access. Spotify says it’ll roll out support for additional markets while also adding new features such as custom settings for parents.

The Spotify Kids app will be available in all markets with Premium Family accounts.