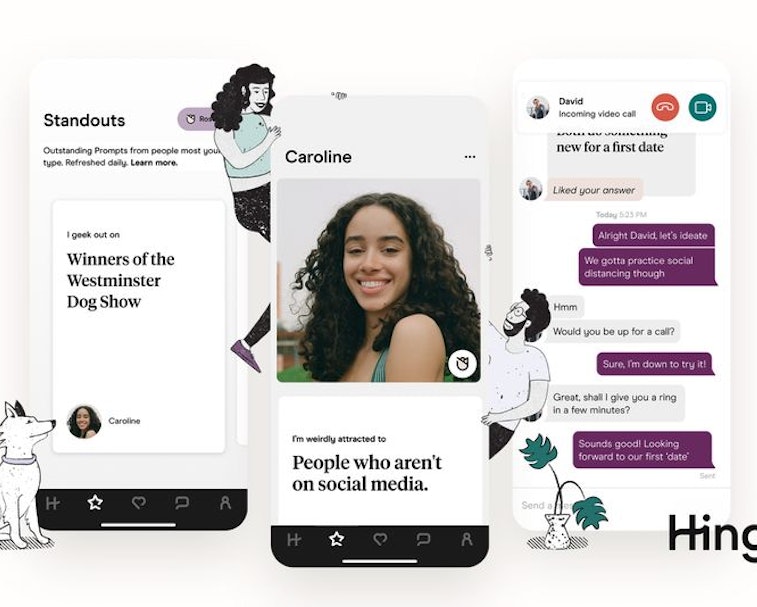 Hinge is getting a new look, and once again, it’s muting colors and drawing focus to you and your matches. The increasingly pastel app is officially rolling out two features, Roses and Standouts, with the new design, according to AdWeek. Users can pay to send each other Roses in a function similar to Tinder’s Super Like while Standouts is a curated feed of Prompt responses from people Hinge thinks you’re compatible with.

A spotlight on personality — Standouts is a breakout feature of Hinge’s Prompts which allows users to add more information about themselves. The Standouts feed refreshes every day with Prompt responses from people you’re likely to match with to help break the ice for your first conversation. If you’re interested in them, you can send them a rose.

A rose by any other price — Roses have been spotted on Hinge as early as August, and Hinge CMO Nathan Roth told AdWeek that these tests were highly successful. Sending a Rose pushes users to the top of the recipient’s fees and doubled users’ likelihood of going on an in-person or virtual date.

All users get a free Rose every Sunday, but if you want to send more, you’ll have to pony up. The Verge reports that a single rose costs $3.99 and even though larger bundles offer a deal, the prices get steep. Six roses cost $19.99 and a dozen costs $29.99. The prices are meant to convey scarcity and underscore the value of receiving a rose from someone.

Of course, it doesn’t hurt Hinge’s bottom line either, according to MarketWatch. As virtual dating pushes people away from the hookup culture amplified by Tinder, Hinge has grown in popularity this year. Financial analyst Lauren Cassel believes that even though Hinge won’t match Tinder’s user numbers, its mature clientele is more likely to convert to premium features. There’s no real competition between the two because parent company Match Group wins no matter what.