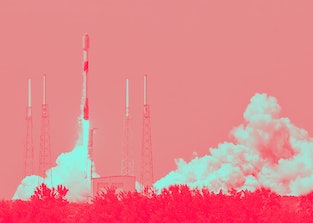 SpaceX’s Starlink is finding lots of new customers for its satellite internet program, momentum that’s proving fruitful for Starlink but detrimental to its subscribers. Many customers have found their connection speeds have dropped severely in the last few months as more subscribers connect to Starlink’s satellite arrays — a problem reported in Starlink’s earliest days, too.

Some Starlink users have found their download speeds so slow as to become essentially unusable. Current Starlink subscribers in various geographic locations told PCMag they’d experienced fast speeds for a while before “it got predictably bad every day.”

The problem is simple to understand but not to solve. The total number of satellites in Starlink’s array isn’t growing quickly enough to keep up with demand. The satellites find themselves overloaded with traffic, leading to congestion.

There’s little Starlink can do to clear this congestion as it waits to deploy more satellites. Still, the company has been aware of this issue as far back as Starlink’s early beta tests, and the company is still promising customers speeds that have become unattainable in many cases.

Not just a few customers — Customers who spoke to PCMag about their Starlink experiences varied greatly in their location, but all experienced the same issue. Their download and upload speeds, once blazing fast for satellite internet, had diminished to a small fraction of what they registered a few months back. One customer near Leonard, Texas said he even experiences download rates as low as 1Mbps during peak traffic times, rendering the connection nearly useless for all but the most basic of web browsing.

One need only take the briefest of scans through the r/Starlink subreddit to understand this problem is widespread. One recent thread openly mocks Musk’s February 2021 assertion that speed would “double to ~300Mb/s” later that year. The comments section is filled with subscribers telling the same tale: speeds have plummeted in recent months.

False advertising — SpaceX is well aware of its shortcomings. In fact, some customers told PCMag that the company’s tech support is even acknowledging the congestion issue directly to customers. “We expect improvements as we fully deploy our satellite constellation with future launches,” the company says.

But Starlink has been struggling to keep up with demand for ages now, especially when customers live near each other. This isn’t growing pains — it’s a feature. SpaceX’s satellite launches are irregular and are sometimes pushed for other missions. Customers are being told to wait it out with no end date in sight.

Starlink is, after all, just another Elon Musk pet project, which is to say it’s all about showing off and making big promises. Following through on those promises, though... well, we’ll let you know when our Tesla Bot arrives.