“By narrowing the scope of the TCPA, the Court is allowing companies the ability to assault the public with a non-stop wave of unwanted calls and texts, around the clock.” 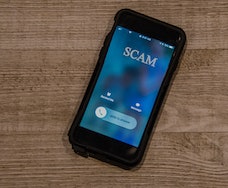 You might want to splurge for a RoboKiller subscription. An opinion issued today by the Supreme Court will give companies cover to continue spamming your phone with incessant calls.

Narrow upset — The ruling concerns the technology companies use to call you. Typically a spam caller uses automated dialing software that calls many numbers at rapid speed, dialing the next number on a list as soon as a call ends.

The Supreme Court today accepted a narrow definition of an automated phone dialer as a system that targets sequentially or randomly dialed numbers. Companies will still be able to dial millions of consumers so long as the numbers they use aren’t randomly generated by software. That’s a broad interpretation that leaves room for companies to call numbers they have collected and stored in a database, no matter how they acquired those numbers.

If you’re upset by the decision, you can direct (some) of your anger at none other than Facebook, which can never get any worse until it does. The company was sued in 2015 by a man named Noah Duguid who said that Facebook kept sending him repeated text messages about his Facebook account being accessed from an unknown device even though Duguid never created an account on the service. Instead of paying off Duguid, Facebook chose to take the case to the highest court.

Facebook isn’t totally to blame for today’s decision. Courts have made it harder to sue robocallers by ruling that simply annoying someone or irritating them with unwanted calls is not a crime because then any cell phone could be considered an autodialer. The Supreme Court in its opinion cited Congress’s own definition of an autodialer as a system that uses random or sequential number generation technology in order to dial.

Spam calls are technically illegal in the United States, but it’s difficult to crack down on them. Spammers can use VoIP technology to call from any country and mask their location. And rulings like today’s don’t make stopping the behavior any easier. Because Duguid’s number must have made its way into Facebook’s one way or another, it could argue it didn’t contact him at random.

Because it’s hard to take spam callers to court, the FCC has been working with carriers in recent years to develop solutions to combat spam calling at the technical level. Google and Apple have also integrated special spam-blocking features into their phones. And yet somehow, those annoying insurance spam calls and texts persist. In March, spam texts hit a record 7.4 billion in one month, while spam calls hit 6.3 billion. For spammers, the cost of VoIP messages is so cheap that it’s worth it if they’re able to dupe vulnerable populations, like the elderly, into buying things they don’t need. NPR reported recently that 125,000 minutes of robocalls can be purchased for $875.

Outdated law — The original law that addressed nuisance calls, the Telephone Consumer Protection Act, was passed in the 1990s, before the advent of modern databases. There’s hope following the Supreme Court’s ruling that the law will be updated to more clearly include new technology.

In a joint statement, Representative Anna G. Eshoo, a senior member of the House Energy and Commerce Committee, and Senator Ed Markey, who sits on the Senate Commerce, Science, and Transportation Committee, called for passage of a bill that would update the law.

“Today, the Supreme Court tossed aside years of precedent, clear legislative history, and essential consumer protection to issue a ruling that is disastrous for everyone who has a mobile phone in the United States,” they said. “It was clear when the TCPA was introduced that Congress wanted to ban dialing from a database. By narrowing the scope of the TCPA, the Court is allowing companies the ability to assault the public with a non-stop wave of unwanted calls and texts, around the clock.”