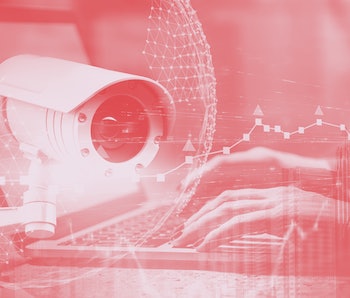 It’s no secret China’s aggressively investing in surveillance technology. What comes as more of a surprise is that it’s also selling its solutions to other countries — more than 60 so far, according to the Nikkei Asian Review. You can’t blame China for wanting to recoup some of its investment, but it’s a little alarming when you consider the questionable track records of some of the buyers.

Who’s buying? — A report compiled by the Carnegie Endowment for International Peace makes it clear it’s not just first-world, liberal democracies like France, Germany and the United Kingdom investing in AI watchdogs from Chinese vendors. Countries like Venezuela, Peru, Algeria, Nigeria, Iran, Iraq, India, Pakistan, Indonesia, and Australia are all buying, too. There’s a great interactive map over here that shows not only which nations are using AI surveillance solutions, but where they’re getting them from.

I spy with your sponsored eye — In some instances, the companies selling the surveillance tech are sweetening the deal with generous loans, essentially subsidizing it for emerging markets that otherwise might not be able to justify the expense, including Kenya, Laos, Mongolia, Uganda, and Uzbekistan. Yikes. What’s also worrying is whether China’s benefiting from the data these exported AI surveillance systems collect.

Who’s selling? — The biggest names in the reseller game are Dahua, Hikvision, Huawei, and ZTE. Of course, China’s not the only show in town. Japanese company NEC and the U.S.-based IBM are also in the surveillance-for-sale game, though according to the report, not yet on the same scale. While NEC’s sold to 14 nations and IBM to 11, Huawei alone has distributed its offerings around 50 countries.

Obviously, it’s worrying that authoritarian regimes (or aspirant ones) can now buy off-the-shelf surveillance tech like facial recognition systems. But just as worrying is how the data generated will be stored, handled and shared. Depending on where you live, you might want to dust off the old Guy Fawkes mask... or invest in some more elegant facial-recognition thwarting wear.