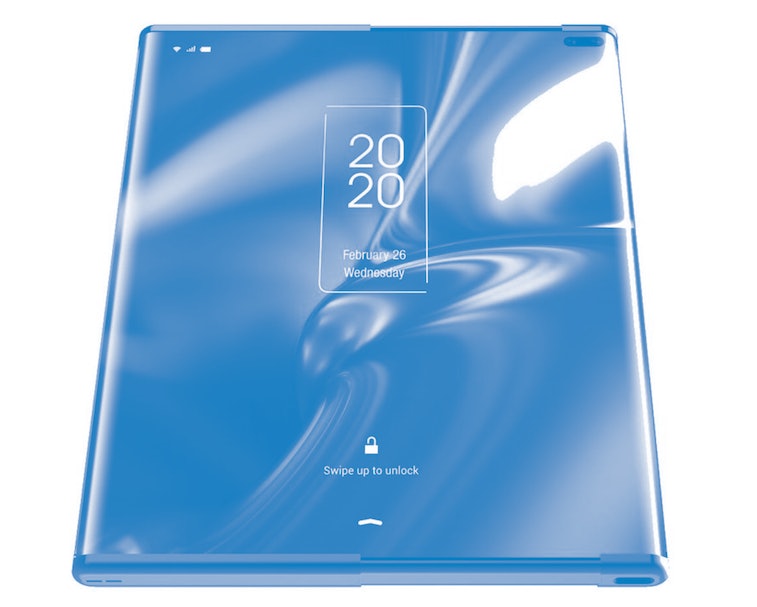 TCL, the Chinese phone maker behind Alcatel and the last of BlackBerry’s hardware, is testing a fresh take on phone displays that would turn a phone into a tablet via a sliding display. CNET got hold of a few sample images that show a phone with a secondary display overlaid on top of the first that slides out to create a tablet-sized screen.

Mind the gap — In the sample images, there’s no perceptible seam when the sliding display is extended. Ah, the wonders of Photoshop. The only way we can think of this being possible is if the secondary display slides into a slightly recessed position so it’s flush with the primary one. Even then, though, there’s going to be a seam where the two displays meet.

Also, if the external screen is actually the one you use most does that make it the primary and the one beneath it the secondary? And will a slide-out, hollow display be as rigid as necessary for daily use — how will the bottom display resist scratches from having another screen slid back and forth over it all day? We’ve got a lot of questions.

One thing we do like is that the design suggests TCL would be able to make both displays from glass rather than the mix of plastics and ultra-thin glass that’s proved pretty fragile on both Motorola and Samsung’s recent foldables.

We were going to find out more at MWC — Like its peers, TCL pulled out of Mobile World Congress in Barcelona that was scheduled for the end of this month (the event has since been canceled). We’d hoped to see more of TCL’s concept devices there because it showed off a selection of different foldable form factors at CES in January. Our hopes have been dashed, but we’re sure TCL and other would-be MWC attendees will reveal everything they were going to share with us there in due course.

Can a slider beat a folder? — Foldables have gotten off to an inauspicious start. The Galaxy Fold was an expensive disaster, the Motorola Razr is following suit, the Escobar was bizarre, and while the Z Flip is the best of a bad bunch, you’d be foolish to buy one.

We’re all for getting more screen real estate without needing a bigger device. If sliding screens can manage what folding tablets haven’t yet been able to, we’ll be first in line. Assuming Best Buy actually gets stock, that is.