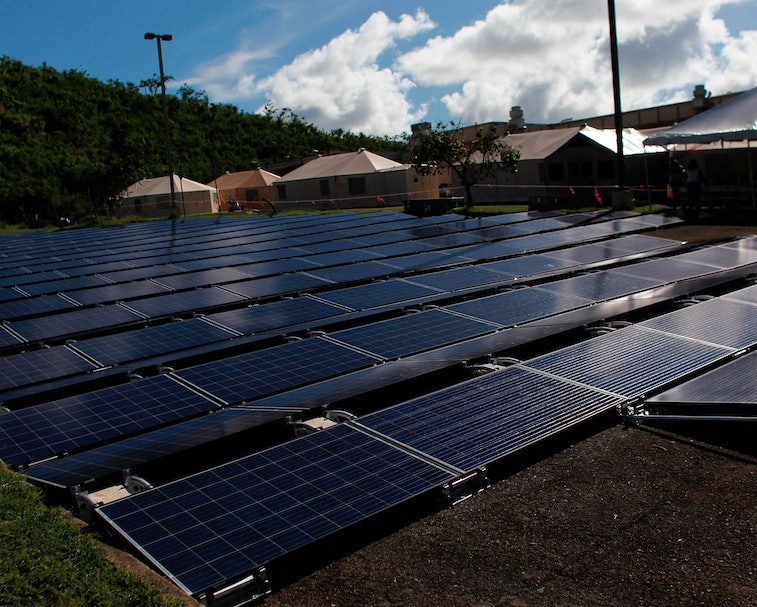 Tesla is canceling some orders for Solar Roof installations. The company unveiled its solar roof tiles in 2017, which look identical to standard roof shingles but function as solar panels. Tesla charged a $1,000 deposit for eager customers to be first to get the innovative tiles installed on their homes.

The company has already installed Solar Roof tiles on a limited number of homes, but it's believed to number less than 100 despite predictions from Musk that Tesla could install 1,000 roofs per week by December 2019. Electrek is now reporting that Tesla has been sending out automated emails to some customers that state the following:

Upon further review, your home is not located within our currently planned service territory. The driving distance from our closest warehouse would make it difficult for us to provide you the high-quality service that our customers deserve. For this reason, we will not be able to proceed with your project.

Customers who see their pre-order canceled will receive a refund within 7-10 business days.

Don't pre-order from Tesla — This type of behavior from Tesla is not uncommon. The electric car company has always functioned differently than other automakers, and its unique scheme of taking deposits for new products with undetermined release dates is but one such example. Cynically speaking the deposits give Tesla fresh, interest-free capital with which to continue developing products before they're even ready. The company is currently taking deposits for its next Roadster, for example, even though CEO Elon Musk has suggested that the car is being delayed until 2022 at the earliest.

Even after a product is released, Tesla often finds kinks in its products after they reach customers. Tesla released an all-wheel-drive version of the Model 3 months after the initial launch of the car with only rear-wheel drive — and both models were priced the same. It quickly discontinued the rear-wheel-drive model.

The Model 3 and the rest of Tesla's lineup are overall well-received cars. But even loyal fans agree it's better to wait. The costs of a pre-order don't outweigh the benefits of waiting a bit longer. Especially when you can just leave that deposit money in your bank account and earn interest on it to put towards your eventual purchase.

Solar Roof has been a mess — The Solar Roof project as a whole has been a mess for Tesla and failed to reach the high expectations it came with. The tiles followed its acquisition of SolarCity, a move that Tesla was sued over as investors claimed that the company only acquired SolarCity, a "worthless solar installer," in order to bail out CEO Elon Musk's cousins, who founded the solar company. Some have speculated that the rushed announcement of Solar Roof long before the project was ready was a thinly veiled attempt to show that Tesla bought SolarCity for good reasons and that it wasn't self-dealing.

Solar Roof could still be a good technology but it may take several more years before it's ready for the mass market. The panels require skilled labor to install, and in most of the U.S. electricity rates are low, with wind costs dropping and utility storage also falling rapidly. Solar Roof may only make practical sense somewhere with high electricity rates and lots of reliable sun exposure. At least until the price comes down significantly.

Either way, there's no good reason to give Tesla deposits for its products. It's not worth it.