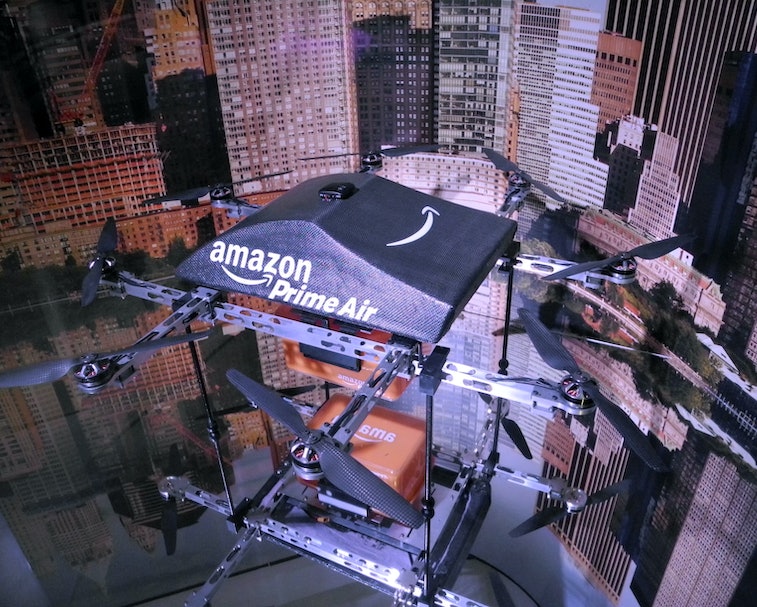 This week, the Federal Aviation Administration (FAA) announced it’s taking the first steps towards regulating the sorts of delivery drones Amazon, UPS, and other companies want to use to get your impulse buys to your doorstep before you can change your mind.

At present, as The Wall Street Journal reports, the FAA’s drone guidelines are largely modeled on the rules that govern conventional, manned aircraft. By creating drone-specific regulations operators should find themselves able to use a certified model all over the U.S. That could initiate a sky grab (sorry) by online retailers and delivery businesses by enabling rapid deployment.

The FAA is already looking at regulations that would require drones to broadcast unique, persistent, electronic IDs while aloft to make it easier to identify rulebreakers and, potentially, to manage air traffic, especially in densely populated areas where a plummetting drone could imperil pedestrians. Though, unless hardware makers find a way to stop drones from sounding like airborne string trimmers, we’re expecting plenty of backlash from civic interest groups if they start ferrying McMeals around U.S. cities.

Next up, flying taxis — The FAA is also looking at additional rules to govern the sort of unmanned flying taxis Uber’s been talking up. Instead of Uber making its drone taxis itself, it’s created standards for third parties like Bell and Hyundai to adhere to when building the aircraft equivalent of a Toyota Prius.

Getting the FAA to certify particular models could prove a boon for manufacturers as Uber would then be able to roll them out nationally, rather than face the same city-by-city struggles its terrestrial operations and the likes of e-scooter companies do.

The Pentagon, meanwhile, is spending millions on Spiderman-like, net-flinging drone catchers, which could make for the most interesting governmental showdown/reality show we could ever dream of between it and the FAA.