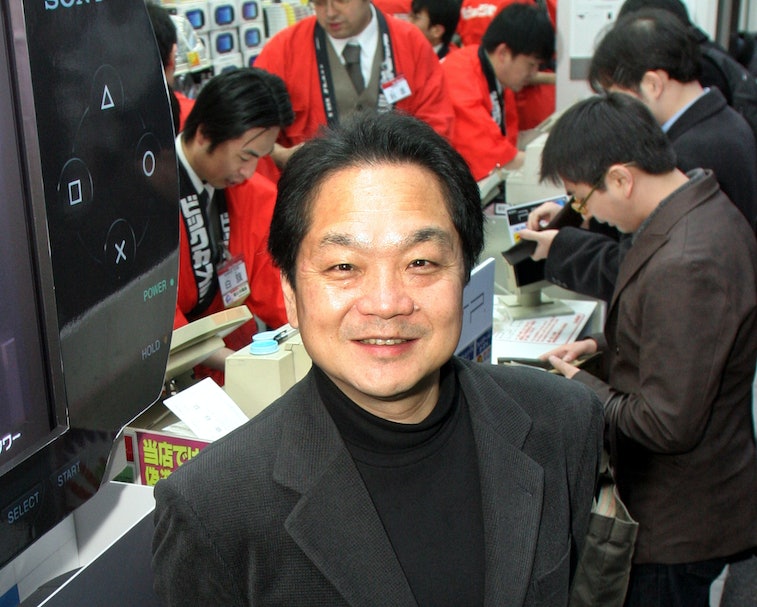 Ken Kutaragi is known as the "father of PlayStation" as he oversaw the design and development of the original game console, and a number of its successors. Although he left Sony in 2007, he remained immersed in the worlds of entertainment and technology. These days, though, Kutaragi is less interested in video games. Instead, as Bloomberg reports, it's robots that are on his mind. Robots that can work alongside humans, to be specific.

Kutaragi is now the head of a startup called Ascent Robotics that's based in Tokyo, Japan. To keep the startup's costs low, he draws no salary, choosing instead to focus all of its spending on making robots that can work alongside humans safely, in the hopes of upending manufacturing and positioning humanity for a future it's recently learned may be even more uncertain than previously suspected.

In comments to Bloomberg given in August, he said, "The Covid-19 outbreak has turned the old argument about robots taking our jobs on its head." As we've previously reported, robots are already assisting in businesses like restaurants during the pandemic, and helping with menial but essential work in hospitals.

"It’s pretty clear now that if we want to arrive at a new normal we need more and more robots in our daily lives," Kutaragi said.

Cars and robots — Kutaragi's startup is hoping to deliver not just on the promise of smarter warehouses and factories, where robots and humans work safely and efficiently side-by-side, but also on another technology that's for years appeared to be just over the horizon: self-driving cars.

Here he's vaguer about the company's plans but argues his experience makes him perfectly suited to the challenge.

"If you are looking to combine robotics and mobility, you need someone in charge who understands technology. We are thinking globally, not limiting our sights to Japan," Kutaragi said.

A history of success — Kutaragi pioneered Sony's model for the PlayStation of spending heavily on building the technology and selling it at a loss in order to recoup via licensing deals. And, as Bloomberg explains, his decision to build a DVD player into the PS2 essentially kickstarted the boom in optical media as a means of distributing video.

With 50 engineers at Ascent and $18 million in capital raised so far, Kutaragi's got the tools to bring his ambitions to life. You can be sure rivals are watching closely. They'd be foolish not to.