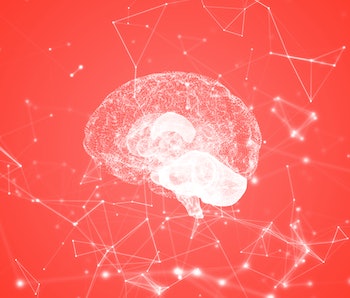 Sorry, Elon Musk, but it looks like Brown University is running laps around your Monkey Mind-Pong games. Recently, researchers at BrainGate — an organization developing brain-computer interfaces (BCI) to aid individuals suffering from neurological disorders and paralysis — have successfully demonstrated the first instances of high-bandwidth wireless interfacing between human test subjects and a tablet computer. According to the press release, the new system manages to transmit a user’s brain signals at a “single-neuron resolution and in full broadband fidelity” without the need for any physical wiring or connections to a decoding device.

While wireless connections have been demonstrated before at lower bandwidths, this “early but important step” allows researchers to perform much more difficult and complex research than ever before. Your (wireless BCI) move, Neuralink.

Take home testing — For this trial, two subjects with spinal cord injuries were able to test the new systems at home, as opposed to within restrictive clinical environments. Because of this, researchers were able to collect long-duration data from their subjects for over 24 hours, including while they slept.

“We want to understand how neural signals evolve over time ... This will help us to design decoding algorithms that provide for the seamless, intuitive, reliable restoration of communication and mobility for people with paralysis,” explained Brown University engineering professor and leader of the clinical trial, Leigh Hochberg.

Potential prosthetic applications in the future — While the most recent testing involved subjects typing and operating a tablet computer, more tangible mobility advances are being eyed for future innovations. Significant progress has been made in computer typing, mobile tablet usage, and even moving previously paralyzed limbs using wired BCIs has already been made in the past, but the development of high-bandwidth wireless capabilities will only speed up further development in those fields.

Unrestricted by COVID-19 — Incidentally, because the new research is focused specifically on wireless improvements to BCIs, BrainGate’s newest breakthroughs weren’t in any way hindered by the past year’s complications from the COVID-19 pandemic.

“In March 2020, it became clear that we would not be able to visit our research participants' homes. But by training caregivers how to establish the wireless connection, a trial participant was able to use the BCI without members of our team physically being there. So not only were we able to continue our research, this technology allowed us to continue with the full bandwidth and fidelity that we had before,” said Hochberg.