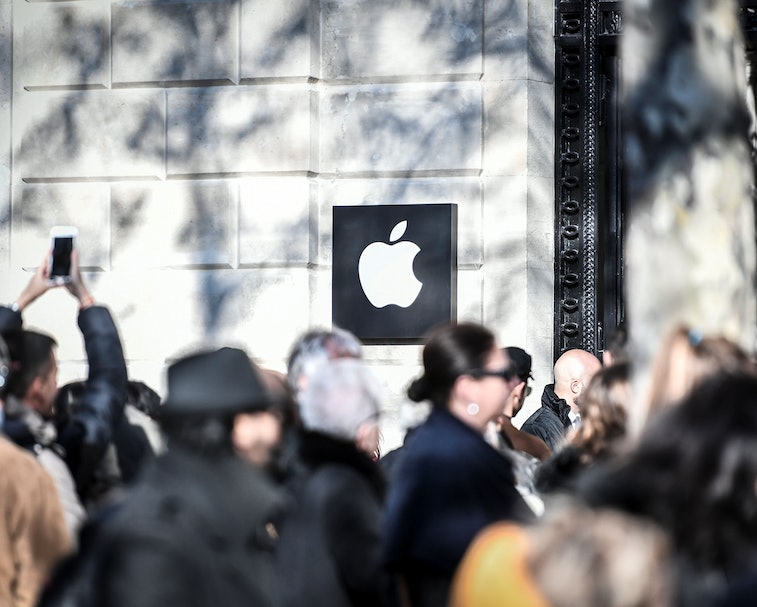 When Apple unveiled its iPhone 12 lineup on Tuesday, it also announced the new phones would not ship with EarPods or a power adapter under the guise of reducing e-waste. The decision was reportedly made to adhere to internal goals to reduce the company’s carbon footprint. France is also concerned about the devices’ potential hazardous effects and has a law on the books requiring phones to come with a hands-free accessory so buyers aren't obliged to press their phone to their ear to use it.

The law was put in place to protect children due to the lack of research on the long-term effects of phone radiation on developing minds. As a result, the French are the only ones getting EarPods with their new iPhones, according to MacRumors. Apple is considered a legal person in France, so if it promoted the phones without the accessory, it would be liable for a €375,000 fine (approximately $439,358). Which is a lot more than the €75,000 fine for an actual flesh-and-blood person.

What's strange is that, as a share of Apple's earning, the potential fine is a rounding error. We can only assume it didn't want the hassle because, given the number of iPhones it sells in France, including EarPods likely costs more.

Who’s right? — Apple also cites a general shift to wireless headphone and earbud use — fueled in no small part by its design choice to not let users listen to music and charge their phone at the same time — as a reason for the sparsely-packed iPhone boxes elsewhere in the world. Of course, this move adds yet another accessory to an already strong revenue stream for the company. Meanwhile, the AirPods empire continues to grow.

The French law has good intentions — we should definitely protect kids from technologies we don’t fully understand. But to Apple’s point, it’s incredibly harsh on the environment to constantly churn our these accessories. The new iPhones will ship in smaller boxes, allowing more to be shipped at once. Teens are already clamoring for AirPods or, in many instances, have them already. Flipping back once more, however, AirPods are hardly financially accessible to every family, so the law ensures youths — or other cash-strapped but not-too-cash-strapped-to-buy-an-iPhone French folk — will have something to use with the phone out of the box.

Different iPhones for everyone — As technology law and infrastructure continue to fracture globally, market-specific tweaks are on the rise. Only American versions of the iPhone 12 series will feature a 5G antenna, so we beat the French there — if you’re swayed by the scant 5G coverage in the U.S., that is. If we can't agree on international standards, we're in for years of FOMO to come.