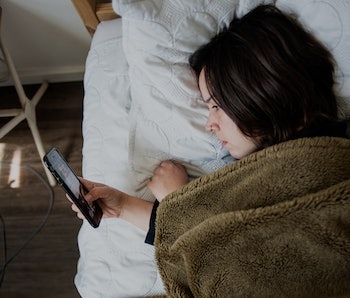 A new study has found that the iPhone’s Night Shift mode doesn’t really help people sleep better. Apple added the feature to iOS in 2016 under the premise that blue light emitted from screens can make it harder to fall asleep. Night Shift addresses that, activating near bedtime and shifting the color temperature of the screen towards a warmer, yellowish hue that’s supposed to have less impact on the natural circadian rhythm.

Minor differences — In iOS, the settings page for Night Shift only says it “might” help improve sleep. Researchers from Brigham Young University decided to test that out, comparing adults who use their phone in bed with Night Shift enabled to those who bring their phones to bed but leave the feature off, and to others who don’t bring a phone to bed at all.

Now, the results don’t necessarily mean that Night Shift is ineffective. It’s totally possible that other blue light in a person’s environment is causing disruptions to sleep. You might bring another device into the bedroom that doesn’t have a similar feature. Also, the sensors that the researchers used might not be perfect at actually evaluating sleep.

No phone in the bedroom — But the most important finding from the study is that people who don’t use a phone before bed had superior sleep quality when compared to any phone use, Night Shift-enabled or not.

Sleep is crucial to mental and physical wellbeing, so maybe the lesson here is not that Night Shift is useless, but that you shouldn’t be using your iPhone in bed period. Night Shift at least makes it easier on the eyes when you do use your phone at night, but any form of light before bed is going to activate the dopamine pathways and keep you awake.