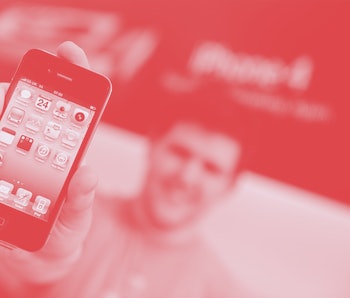 The iPhone 11 is only a few months old and it's already on to the next one. iPhone 12 leaks are already circulating with mounting evidence it'll take design cues from the beloved iPhone 4.

Sharper edges — A video depicting an alleged 3D-printed mock-up of the next-gen iPhone shows a device with sharper and flatter edges. The leak comes from Alibaba (via Japan’s Macotakara, which mostly has a solid track record).Besides the iPhone 4-esque design, there's also what appears to be a Smart Connector that's reminiscent of the one on the iPad Pro used for connecting accessories and charging an Apple Pencil.

If the mock-up is accurate, the notch isn’t going to get any smaller on the next iPhone. But far more annoying is the fact that there’s still a large camera bump housing the three backside lenses.

This might be a fan’s work — We’ll reserve judgment until we’ve seen something from a component manufacturer or similar. But we’d be delighted to see Apple return to the design language of what is arguably the most iconic iPhone ever.