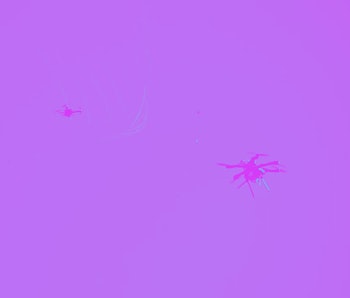 The Pentagon has signed a contract with a company that makes AI-enabled drones for catching other, rogue drones in a net. It sounds like something out of a sci-fi movie but the Department of Defense is dead serious.

Drone Hunter, as the technology is called, uses radar to track unauthorized drones flying in restricted airspace. Once the target is in range, Drone Hunter shoots a net at the drone with a "Spider Man-style flair." This is supposed to be safer than shooting drones to the ground because doing so could result in a downed drone hitting bystanders. Defense One reports that the Pentagon is spending millions on the system.

Tackling rogue drones — The rise of affordable drones out of China has caused lots of problems around the world, particularly at busy international airports where flights have to be grounded whenever one is spotted. Right now it’s not totally straightforward to catch a rogue drone because unlike commercial aircraft, drones don’t communicate back to an air traffic control operator. Also, of course, they’re unmanned so you can’t just ground a drone and put someone in cuffs. Famously last year, two Saudi oil installations were destroyed when they were attacked by drones.

Some drone makers have implemented geofences in their drones, and the FAA asks operators to register their drones, but it’s still mostly a trust-based system right now.

The FAA recently proposed new rules that would require drones to broadcast electronic identifiers while in flight. The identifiers could help the FAA track down and penalize operators who flout its rules. That in combination with this Drone Hunter technology could go a long way towards curtailing the worst problems.