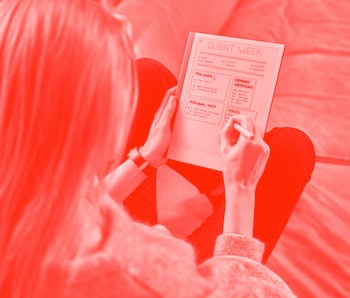 You might remember the first reMarkable, a tablet computer that sought to replicate the experience of writing on real paper and had a monochromatic e-ink display like a Kindle. Users loved the writing experience, claiming it was damn near identical to writing on paper, but the software had lots of drawbacks, and the $600 price tag made it hard to justify over a more full-featured tablet like the iPad. With the reMarkable 2, the creators are hoping they've addressed those concerns and can win the love, dollars, and doodles of committed handwriting enthusiasts.

Iterative improvements — Putting the obnoxious, Apple-esque promo video aside, reMarkable says the reMarkable 2 improves on the first version of the tablet in just about every way. It's twice as fast, with a ~20 millisecond response time from touching the pen to the screen and seeing the ink. It's also thirty percent thinner, with a battery life of two weeks on a single charge — three times longer than the first version. The price has come down to $540 from $600, though pre-order customers will pay only $399.

Deliberately limited — One of the key features of the reMarkable has always been its focus on writing while removing the distractions notifications from other apps demanding your attention can cause. So beyond saving your — theoretically infinite — notes to the cloud and letting you import PDFs to mark up, or ePub books to read, the connected functionality is limited. The reMarkable is not intended as a monochrome Facebook device.

Handwriting recognition will convert your notes to searchable text and sharing documents is straightforward. So, if you're someone who enjoys handwriting and does it often, the reMarkable could be a compelling device. But if you're looking for a full-blown computer in tablet form, you're still going to be better served by an iPad, whether one of the new Pro devices, or the more affordable regular iPad or Mini iterations. There's also the Apple Pencil if you like to write, and while an iPad screen doesn't feel like paper, it's hard to fault the responsiveness of the Pencil.

The software could still be a problem — The biggest problem with the reMarkable 2 looks likely to be that it's software is little changed from the first version. The reMarkable 2 supports just PDFs and ePubs for reading and annotation. There's no way to write in the margins of .docx files, for instance, something that could be useful to teachers trying to grade essays. The e-reading experience is also apparently very watered down compared to that of a Kindle. With the reMarkable 1, reviewers said you couldn't even search for specific passages in a book but had to page all the way to them manually or through the index. If that's still the case it's a dealbreaker.

A lot of people may well like the idea of buying a reMarkable 2. After all, plenty of studies suggest handwriting is better for retention and comprehension than typing things out on a keyboard. And writing on paper does have a certain charm. But, as with the first generation device, considering the price point the reMarkable 2 is going to have a limited audience if buyers are choosing between it and an iPad, which many inevitably will be. It's a specialist product — and there's nothing wrong with that — but it might still be too specialist for its own good.