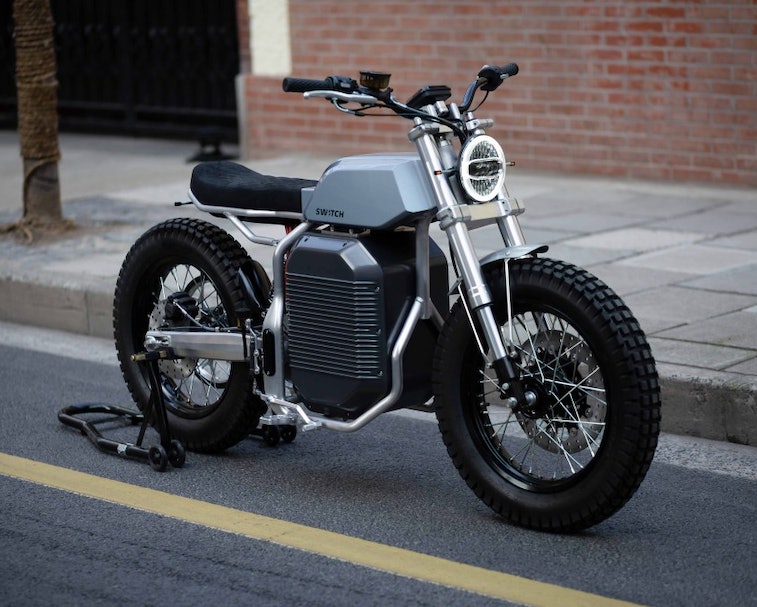 The eSCRAMBLER is a mid-sized motorcycle that can reach a top speed of 93 mph, hit 0-62 in 3.2 seconds, and has a 93 mile range, according to Bikeexif. The bike is a collaboration between custom motorcycle veteran Matthew Waddick and industrial designer Michel Riis.

Fortunately the eSCRAMBLER is slated for production with sales starting in 2022. There’s still plenty of testing and safety work left to do before then, but as the company explained to Electrek:

The good news is that we don’t need homologation and ABS for the track and will begin really putting the bike through its paces this year on the Scandinavian flat track racing circuit with some world champions already lining up to have a thrash.

Until then we’ll just have to start saving our pennies, as pricing has not yet been announced.