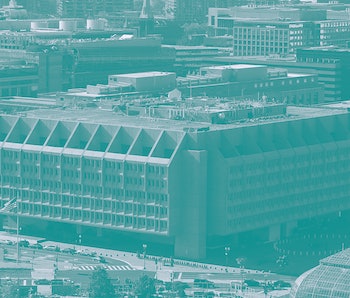 Last night the U.S. Department of Health and Human Services was hit by a cybersecurity attack, according to a report by Bloomberg. Sources familiar with the matter have confirmed that the attack did not slow the agency’s systems down in any meaningful way.

The cyberattack comes at basically the worst possible moment for the Department of Health, as it’s in the middle of dealing with the COVID-19 pandemic. Luckily the attack seems to have been brief and did not involve the theft of any critical information.

With how slow the federal government has been in responding to the outbreak of COVID-19 thus far, we should be thankful this attack wasn’t any more harmful to the Department of Health’s infrastructure.

A concerted effort to slow resources — The attack appears to have been meant as a way to slow down the Department of Health’s systems. It involved multiple incidents overloading the Department of Health’s servers with millions of hits over the course of a few hours. While the attack did slow the department’s servers, it didn’t do so in any meaningful way, according to people familiar with the matter.

Add a cryptic tweet to the mix — The National Security Council tweeted around midnight last night about some fake quarantine information being passed around. The tweet did not offer specifics about the rumor.

The tweet was related to the hacking, as it seems the same party was responsible for both, according to one person involved. The false information suggests that President Trump is set to announce a two-week mandatory quarantine across the country.

No confirmations yet — Neither the White House nor the National Security Council responded to Bloomberg’s request for comment, and neither has spoken out about the attack beyond the NSC’s cryptic tweet. Sources say that the Secretary of State and other Trump administration officials are aware of the incident.

If nothing else, we can hope the attack serves as a wakeup call for the department — and others across the government — to update cybersecurity protections as quickly as possible.