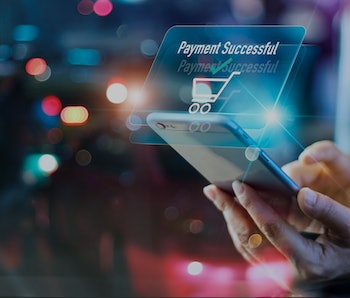 The U.S. Department of Energy has unveiled plans to develop a "quantum internet" network that would be more secure than existing broadband internet networks, The Washington Post reports. The plan includes building out a prototype network within the next 10 years, though it would be limited to delivering information between national labs and universities at first.

The news comes shortly after the Trump administration announced $75 million in funding to open three national institutes dedicated to quantum computing research. Chinese and European scientists are also working on quantum computing-based networks, so it's little wonder the U.S. is announcing its own plans even though they're in their infancy. Because if there's anything that keeps the administration up at night more than calls for defunding the police, releasing the president's tax records, or the coronavirus, it's the prospect of falling behind China technologically.

It's about China, of course – The idea behind a quantum internet network is that data moving across it could be protected from interception by foreign adversaries because any data stored in quantum bits ("qubits") is corrupted when you try to observe it. It's been discovered that a particle can be split in half and delivered to another location, effectively existing in two places at once in a state of quantum "superposition." When data changes in one of the particles, it instantaneously updates on the other end. By entangling the twin qubits, anyone trying to eavesdrop in the middle would disrupt the photons traveling through fiber-optic cable and cause the qubits to disentangle. Traditional bits as we know them are fixed data when they travel along a cable, they aren't affected by another bit somewhere else.

Trump's interest in quantum computing probably has something to do with its intense focus on cyberattacks and beating China at all costs. He's technologically illiterate, but if you tell him quantum computing can secure the U.S. from Chinese surveillance you're going to get his attention faster than proposing hitting the links at Mar-a-Lago.

Light on detail, for now — The plan from the Department of Energy is missing key details such as how much money will be invested in the project, and what aspects of the project each participating research lab will work on. The team still needs to create quantum repeaters that boost the distance information can travel, and there's no real indication about a timeline.

While making an "unhackable" internet protocol sounds great, officials might also be jinxing themselves by even suggesting the notion that any piece of digital tech could be unhackable. The Titanic was apparently unsinkable, after all. And even if data cannot be intercepted during transmission between two locations, there's still software on the computers at both ends, and people operating the systems. As Twitter recently demonstrated when it was hacked, software and humans are always vulnerable to being compromised.

Initial users of the network — which will run alongside the conventional internet, rather than replacing it — are expected to be national security agencies, financial institutions, and healthcare companies seeking to send data securely. The internet we use today once started as a similar research project, so it's not inconceivable that we could someday jump onto a secure quantum connection whenever we're completing sensitive transactions, like online purchases.