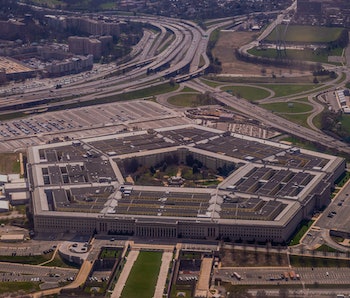 The U.S. State Department is offering rewards of up to $10 million for information that could lead to the identification of hackers attempting to interfere in the upcoming presidential election. The reward applies to foreign hackers who are in violation of the Computer Fraud and Abuse Act, a broad law that criminalizes any unauthorized access to computers.

While the rewards can be up to $10 million, the State Department didn't specify what the payouts will be for varying degrees of information.

Two forms of interference — The only problem here is that some might say the real threat is not unauthorized access to computers, but perfectly lawful exploitation of platforms like Facebook where misinformation runs rampant. There's nothing technically illegal about posting false information to social media but it's pretty much the de-facto way that politicians and state-coordinated groups interfere in elections.

Russian-backed hackers were able to steal and leak cherry-picked emails from Hillary Clinton's campaign, sure, but at the same time President Trump uses his large platform to disseminate false and derogatory information that his loyal supporters will believe. Both forms of interference need addressing.

Facebook continues to make repeated mistakes that undermine its claims that it's prepared for the 2020 election in a way that it wasn't in 2016. It's been shutting down coordinated groups of misinformation, but it's also hesitant to take action against any politicians spreading fake news. It was recently discovered that a bug on Instagram was favoring Trump over Biden, with suggested search terms for Biden skewing far more negative.

Showing cyber-criminals the light — Rewards for white hat hackers who are able to shut down potential hacks are commonplace nowadays. The thinking is that by offering lucrative bounties, hackers will turn their attention away from criminal behavior and towards using their skills for good.

Companies from Apple to Google pay out millions of dollars annually to experts who report vulnerabilities instead of selling them on the black market, where ill-intentioned criminals and nation states could use the security holes for nefarious purposes – like election interference.

More like this
Annie Rauwerda
5.7.2022 3:30 PM
No hassle
Apple, Microsoft, and Google are teaming up to eliminate passwords
Andrew Paul
5.11.2022 5:11 PM
Snake on a Plane
Some jerk AirDropped plane crash pics to fellow passengers at takeoff
Jackson Chen
5.3.2022 3:38 PM
Tech
Meta's high-end Cambria AR/VR headset is for working not gaming in the metaverse