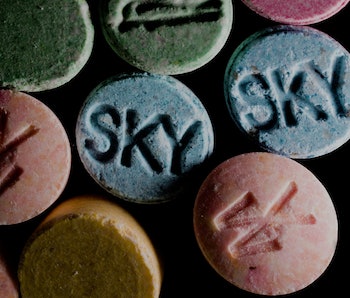 With the COVID-19 vaccine rollout quickly gaining speed around the world, it’s soon going to be time to embrace nightlife again. You know, putting on clean, stylish clothes, donning a smokey eye, and, perhaps, acquiring some recreational drugs as a catalyst for a good time.

The potential for adverse side effects from those drugs obviously hasn’t gone anywhere while we’ve been stuck indoors — but technological innovation has continued, at least. A new app called Pill-iD attempts to leverage existing technology to decrease the risk of taking something you’re later going to regret.

Using Pill-iD is as easy as taking out your phone and snapping a pic of the pill or tablet you’re thinking of popping (or uploading a photo you already have). Pill-iD then uses Google’s machine learning models to identify pills in conjunction with Nuit-Blanche, a European drug database. Pill-iD promises that all data sent between the app and the database is secure and untraceable.

This kind of technology could be life-saving. But trusting your mortality to a brand-new app — no matter how trustworthy it seems — is inherently problematic.

All about harm reduction — Pill-iD doesn’t set out to encourage the use of recreational drugs. Its goal is to educate those looking to use those drugs so they have the best possible experience — to reduce the potential for harm in drug use overall.

“Recreational drug use should not be encouraged, but using technology to help people absolutely should be,” said Rob Bennett, CEO of design agency Rehab. “If we can save just one person’s life with this app, then we’ve done our job.” Rehab designed Pill-iD with French ad agency Herezie, and the project is also a product of a larger collection of agencies called By The Network.

Pill-iD won’t tell you everything about recreational drugs; it’s mostly aimed at identifying the strength and potential side effects of MDMA pills. MDMA tablets often have distinct colors, shapes, or embossed images on them that can make them fairly easy to identify. Pill-iD also provides dosage information and links to additional resources as part of its scan results.

But can we trust our lives to it? — The app’s creators know Pill-iD is never going to be 100-percent accurate. “We are very explicit in saying that accuracy cannot be guaranteed because the only way to guarantee safety — regardless of technology — is by not taking a pill in the first place.”

Though Pill-iD is explicit in warning users about its chances for inaccuracy, it could have the unintended effect of lending credence to a person’s decision to pop that pill. If the app says it’s safe with an 80 percent degree of certainty, for instance.

Right now Pill-iD is still in the prototyping stages. It’s expected to launch toward the end of 2021.