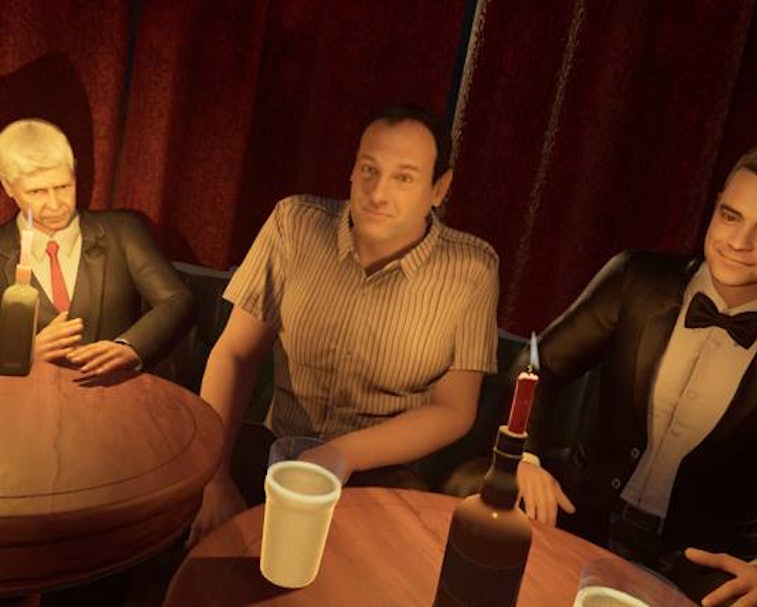 As the coronavirus pandemic rages on, people are getting ever more desperate for a return to normalcy. Some people are unemployed, struggling to even pay rent, while others... well they just miss hitting up their local pub after work. One man went as far as spending weeks faithfully recreating his local watering hole in virtual reality, even though he had no experience developing VR worlds whatsoever.

"What if there was a way to bring the pub into my living room without having to smash a hole in the wall?" asks Tristan Cross. "What if I could bring my nearest and dearest to me, without them having to break lockdown? What if I could transcend the limitations of the physical world? What if I could make my local pub in VR?"

As Cross notes in his story about the endeavor for Wired, developers of VR experiences haven't devoted a lot of time to rendering more banal locations like bars and restaurants because it hasn't been necessary. You could, after all, just go there yourself, so VR has mostly been limited to otherworldly experiences... or real estate showcases. Cross decided it was up to him to break new ground and develop an innovative new way to get blitzed at home.

VR development is maturing quickly — There's a lot of detail in the story regarding Cross's weeks-long journey to recreate his favorite pub, Skehan's in London, England, but the biggest takeaway is that VR has evolved a lot in recent years — probably more than most people realize. In fact, we'd argue VR's having its iPhone moment.

Today there are many collections of 3D-development software and art libraries that even an amateur with limited skills can use to develop a very impressive experience with relative ease. Epic's Unreal Engine provides a full editor for creating 3D spaces and objects, for instance, while Cross used Quixel's Megascans library of textures scanned from real objects to give his 3D models more realistic appearances. There's even software that can take pictures of people and replicate their faces in 3D.

Breaking the illusion — The biggest area of improvement, according to Cross, is in the realism of the characters themselves. People like to go up to characters in VR and see how they'll react in order to determine the realism of the experience. But in Cross's game, his friends hanging around the pub are lifeless — they might have some pre-programmed catchphrases, but getting up in their face triggers no reaction. And so the experience doesn't feel quite right. It breaks the illusion.

"I’m there, in Skehan’s with my nearest and dearest, but they can’t see or hear me," Cross says. "It’s like I’ve died and been sent to haunt them on a night out. The simulation is nearly there. It has the pub and the people, but you, the player, are absent."

AI could help — Artificial intelligence could help with this. Or a multiplayer experience like AltspaceVR or IMVU. But that requires getting into more sophisticated technology that's beyond Cross' current abilities.

"It’s ludicrously exciting to contemplate what those with more talent and time could achieve," Cross says. "Experiences long denied the perpetually housebound could be brought to them, allowing them to transcend physical trappings. After VR is able to convince someone they’re actually in an environment, the next step for the medium is in making them believe they’re in company, and that they’re welcome in it."

Just don't invite the virtual influencers, please. Or, if you must, make sure they buy the first round.