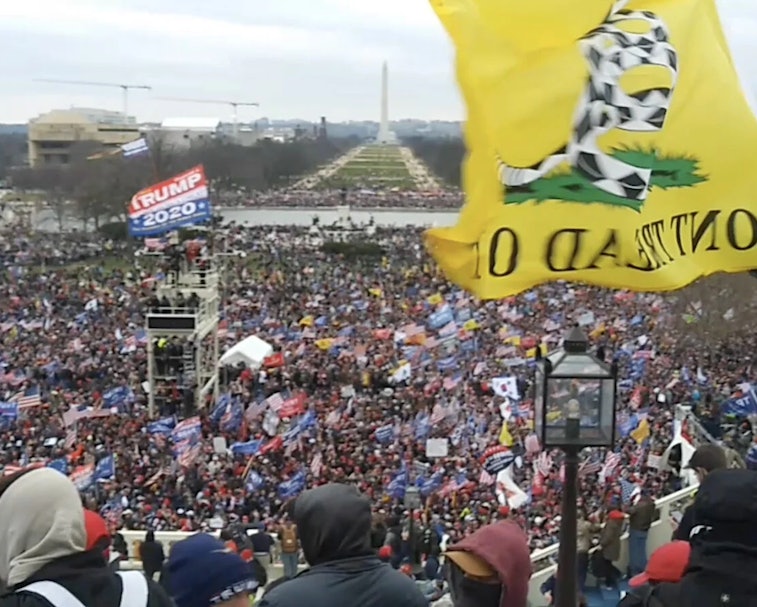 Investigations into hundreds of people who attended the attempted coup at the U.S. Capitol on January 6 highlight one of the most unusual aspects of the event. Even though most walked away unscathed, the attempted insurrection was probably the most thoroughly documented attack on America in history... with much of the documenting being done by participants themselves. ProPublica has released a database that neatly organizes all the evidence for investigators to peruse at their leisure.

Hoisted by your own petard — Following the riots, users of Parler were quick to clean up their tracks for fear of reprisal. But it turns out that the social network, being a hacked-together "Twitter for conservatives," was held together with duct tape.

Before the site collapsed, its security was so bad that deleting posts didn't result in them going away. In fact, every post in Parler's database remained on its servers, and each post was still accessible. What's more, they were super easy to find. Typing in parler.com/post/12, for instance, would return the twelfth post on the site — even if the poster had "deleted" it. It turns out making a clone of Twitter is actually not as simple as Parler would have you believe.

When programmers discovered this quirk, they quickly used automated tools to scrape every post ever made on the site and republish it. Others have now begun crowdsourcing help to ID everyone in the footage.

Beautiful, isn't it? — ProPublica's database, titled "What Parler Saw During the Attack on the Capitol," neatly organizes all the videos by time and location. You can take a look at videos captured as the riot began, and toggle between videos shot inside or outside the Capitol building. It's worth checking out just to see the homogenous nature of the rioters — even though ages varied, rioters were pretty much universally caucasian.

There's a certain amount of satisfaction knowing that the very tool that helped rioters organize an attempted coup, Parler, was the same tool that led to their downfall. Well, and of course narcissism — many people went to the riot hoping to get some sick photos to share with their friends.

In light of all of this, it will be interesting to see if its users are willing to return to Parler as CEO John Matze scrambles to relaunch. The site went offline following the riots when Amazon stopped hosting it, and though it seems Parler has found an alternative, it's yet to get back up to speed. With its ongoing failure to convince Donald Trump to create an account, and evidence it's responsible for the downfall of many of its users, Parler's moment in the sun looks increasingly likely to be over.