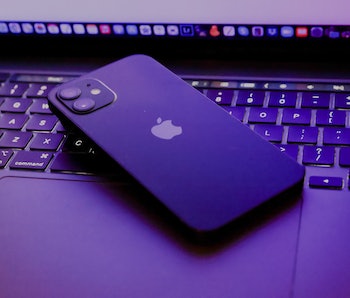 If you’re worried that your smartphone has been compromised by Pegasus spyware, there’s a new way to check.

This week, a damning exposé was published revealing that military-grade spyware made by Israeli firm NSO Group has been used to target journalists, human rights activists, and other high-profile persons of interest around the world in less scrupulous nations. Based on how the technology works, it’s not believed that U.S.-based cell phones can be targeted.

Silent surveillance — NSO has denied the claims, saying its software is only provided to vetted government organizations for the express purpose of preventing terrorism and other serious crime. But it also admitted that it cannot know how governments are using Pegasus, which can install itself on a target’s iPhone or Android smartphone without them ever knowing.

Following the report, NSO said it will investigate claims of unauthorized surveillance using Pegasus and shut down any clients violating its licensing agreement.

Most people are unlikely to be interesting enough to be targeted by a nation-state for surveillance. Of those targeted, the most notable were perhaps several people close to Jamal Khashoggi, a journalist murdered by Saudis for advocating human rights reforms there. But perhaps you’ve got some free time and don’t want to take any chances, in which case Amnesty International has released a command-line tool you can use to scan a backup of your iPhone or Android device for signs of Pegasus’ fingerprints.

TechCrunch has a full write-up regarding the Mobile Verification Tool, or MVT, including instructions on how to run the test. It’s going to require downloading a backup of your device and then feeding it into MVT for analysis. It took the website about 10 minutes in its own attempt to run the tool, plus the time required to create an iPhone backup. After a scan, MVT will return a file indicating whether it found any traces of Pegasus.

The tool works on Android as well, but there are said to be more false negatives there due to the differing security measures between Android and iOS.

Spyware industry — Amid a resurgence in dictatorships, cybersecurity experts have said that the growth in the spyware industry is a major threat to democracy worldwide. Repressive regimes could use the tools to intimidate dissidents and spy on opposition movements, and spyware is a lot easier to deploy than traditional methods of investigation.

The spyware industry essentially works by identifying vulnerabilities in mobile operating systems that allow entry into a device. Companies like NSO Group keep these exploits to themselves and sell access to user-friendly tools like Pegasus for breaking into devices.

Following the report, NSA whistleblower Edward Snowden called for a global moratorium on the use of spyware, so that the for-profit industry dies off and vulnerabilities can be identified by researchers and patched in a timely manner. Governments believed to be clients of NSO Group have denied using its software, however, and it’s unclear they’d have any interest in stopping their use. As Snowden’s earlier revelations showed, nations like to have more tools at their disposal, not fewer.