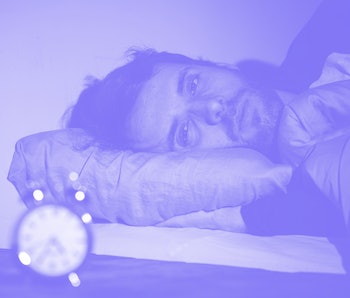 Between the Apple Watch’s new blood-oxygen sensors and the Fitbit Sense’s increasingly health-focused features, smartwatches are rapidly becoming a go-to for health monitoring. That’s ushered in an entirely new line of research into highly specific smartwatch apps that claim to help with niche tasks.

Enter NightWare: a smartwatch app meant to disrupt nightmares caused by post-traumatic stress disorder (PTSD). NightWare’s already been approved for public use by the Food and Drug Administration(FDA) — but it’s only available by prescription at the moment.

“Prescription-only Apple Watch app” might sound far-fetched, but it’s also an important evolution in the now-commonplace smartwatch industry. If NightWare sees wide adoption by those with PTSD, it could herald similarly helpful smartwatch apps in the future.

Sleep, glorious sleep — NightWare’s mission is simple: help those with PTSD finally get a good night’s sleep. Nightmares and other severe sleeping problems are one of the most common symptoms of PTSD, and that disrupted sleep can severely impact a person’s ability to function through the day.

NightWare uses the Apple Watch’s built-in sensors to monitor body movement and heart rate throughout the night. This data is then sent to NightWare’s servers, where an AI-supported algorithm creates a sleep profile for the user.

The app then uses this profile to detect when the user is potentially having a nightmare. It sends a vibrate notification to the connected Apple Watch — hopefully breaking the nightmare while keeping the user’s sleep intact. In a 30-day randomized trial with 70 patients, it showed very promising early results.

Actual health data — Besides NightWare’s being incredibly useful for those with PTSD, it’s also a boon to the smartwatch health market as a whole. The existence of such an app — and one approved by the FDA at that — further legitimizes the smartwatch’s ability to be used as an actual medical device.

Apple, along with competitors like Fitbit, have been working overtime to convince users their smartwatches’ proprietary softwares can be used for legitimate preventative health. But even the most-updated Apple Watch sensors still fall a little flat.

Apps like NightWare could pave the way for a competitive health app market. The ability to predict illness with smartwatches, for example, could one day become a reality for the general public. The applications for serious health-monitoring are nearly endless. Of course, that will largely depend on funding for further research — but surely Apple will jump on that train, if it’s a profitable one.