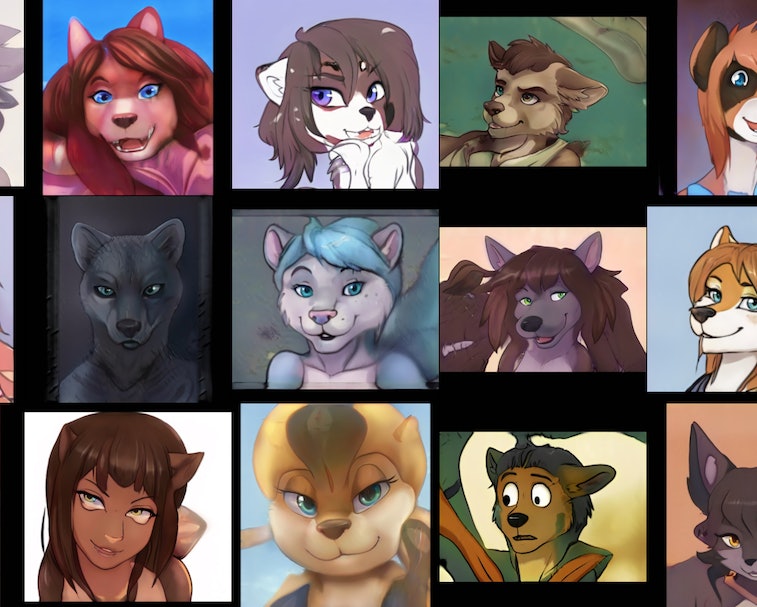 AI-generated humans have come so far, they started tricking Twitter moderators into thinking they were congressional candidates. It was only a matter of time before we tapped into the furry kingdom of the internet. This Fursona Does Not Exist supplies an endless feed of computer-generated furry art because... why not?

A flurry of furries — TNW reports the website was built off the same infrastructure as a waifu generator that produces some truly terrifying images. This neural network was trained on about 55,000 furry portraits for 33 days and the resulting images are far more universally palatable. The generated renderings range from classic cartoon styles to anime to more photorealistic furries.

Ponies (See: My Little Pony), scalies (reptiles), and graphic or sexual furry artwork was excluded from the training materials. Additionally, the images are from the shoulder up, so there are only small inklings of the fully suited fursonas or furry personas.

Clicking on a particular furry in the cascading feed will bring up a larger, static view of the portrait. If you were on the lookout for a new fursona, there are plenty to choose from on the everchanging website.