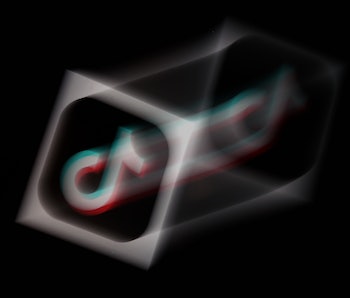 TikTok might move its operations outside of the U.S. and open a headquarters in London as the company faces a potential ban over national security concerns. ByteDance, the Chinese owner of TikTok, confirmed the information to Reuters, saying the move would help better serve its global users.

TikTok already has employees based in London, though they work out of a WeWork building. The company technically doesn't have its own headquarters separate from ByteDance's in China.

What a week — The past week has been a whiplash for TikTok, with President Trump on Friday saying he planned to use executive powers to ban the app in the United States even if an American company were to try and acquire it. He backtracked over the weekend however, and Microsoft says it plans to move forward with discussions to buy the company's operations in the U.S., Canada, New Zealand, and Australia. Officials in the U.S. have been concerned about how TikTok handles data on American users. TikTok is already banned in India for similar reasons.

The company has been trying everything it can to distance itself from China, including hiring a U.S.-based CEO and sending lobbyists to Capitol Hill to assuage concerns that it cooperates with the Chinese Communist Party. It's always denied that it provides user data to Chinese authorities or censors content, and there's been no evidence that TikTok does so, though it could be compelled to. ByteDance operates a separate version of TikTok within China called Duoyin.

TikTok has been found to collect a lot of data on its users. Lots of others app do as well, and critics say that inaction on privacy concerns posed by Facebook and others show the ban is more political than anything — TikTok is the first social media app owned by a Chinese company to find worldwide success, and shows China's tech industry gaining further steam. The Trump administration has been in a continued trade war with China, and was also recently bullied by users on TikTok who trolled his campaign rally in Tulsa, Oklahoma.

Exit plan — Searching for an official headquarters outside of the U.S. might be ByteDance's way of preparing for the possibility that it will be forced to leave the country. Most of TikTok's operations are based in Los Angeles, but many engineers for the app work out of ByteDance's headquarters in Beijing. That's made it difficult to separate the app from its owner. TikTok has about 2.3 billion worldwide downloads, and 80 million users in the U.S.

Even if Microsoft completes its acquisition, it's unclear how the app will function, such as if users will be able to see videos from those outside the four aforementioned countries or if the app will stop being developed in conjunction with the international version over technical complexity. Some worry that separating TikTok in the U.S. from its international version could further silo every country into their own local internet and favor domestic companies.