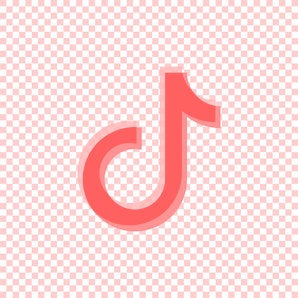 TikTok is rolling out new parental controls today intended to protect its predominantly young audience from weirdos who want to creep on young teens. The new controls are an expansion on Family Pairing, which allows parents to manage the time their teens can spend in the app and review the content they've watched.

Granular control — The new controls allow parents to more closely manage what their kids can do in TikTok. They can completely take away the search bar, for instance, so their kids can't look up questionable hashtags. They can also prevent their teen's account from being recommended to others, and turn off commenting on their videos — or set it so that only friends can comment. So weirdos can't get down in the DMs, parents can turn off direct messaging or block messages from anyone but friends.

The controls could help keep away users who try and prey on young teens, but it may also cut them off from building a large audience on the app if their videos can't easily circulate. Parents can make their children's account private, which means they will only surface for friends they've allowed to follow them.

TikTok isn't necessarily doing this on its own volition — social networks don't normally like making it harder to post content on their services. Instead the company was hit with a $5.7 million fine by the FTC last year for hoovering up data from younger users. In response it was forced to implement new measures protecting teens and tweens. It added new age gates, making it harder for children under 13 to sign up, and now deletes videos from any user it suspects is underage. It specifically created a "TikTok for Younger Users" app, which is a view-only version of the app for children under the age of 13. COPPA laws in the U.S. prevent services from collecting data on anyone under 13-years-old.

TikTok has been under attack by the Trump administration over concerns that its Chinese owner ByteDance could be forced to provide data on American users to officials in that country. There's been no evidence provided that the app poses a threat to national security, however, and it seems likely that politics was a big factor in targeting the app. TikTok is the first major Chinese-owned social network to become popular globally.

Balancing act — TikTok is full of wholesome content — such as the movement of users banding together to create a Ratatouille musical solely on the app. But being as it may, TikTok has a strong appeal amongst tweens and it was reported last year that the company was struggling to crack down on users who were sending sexually explicit comments to underage users. TikTok at the time said that child protection was an "industry-wide" challenge that it was working on.

By providing parents with more control, they can at least find a compromise to allow their children to be inspired by TikTok's creativity without being exposed to the shadier parts of the virtual world sooner than they should be. Unless, of course, the teens find a way to evade Family Pairing.