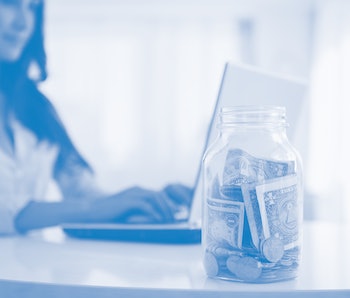 TikTok is granting some creators access to a new direct tipping feature, similar to what the app already offers in livestreams. Only a select group of users have access to the feature right now, and there are some pretty high standards they’ll have to meet in order to start using it.

Jera Bean, a popular TikTok creator, seems to have been the first person to notice the feature. Her video shows the application process as it stands right now, which is really just a few clicks. Social media manager Matt Navarra brought the video to the wider internet’s attention by posting it on Twitter.

TikTok is one of the most popular apps in the world, but it still struggles to coax influencers and paid creators to the degree Instagram does. More opportunities to earn on the platform can only help in that effort.

No cut for TikTok — Creators can only apply to be part of the new tipping program if they’re over the age of 18 and have more than 100,000 followers. They’ll also have to be in “good standing,” according to the application page. Once approved, a new tipping button appears on a creator’s page. Only users over the age of 18 will be able to send tips.

TikTok won’t make any money off these direct tips, according to the test version of the Tips landing page — the same policy TikTok adopted when introducing its paid shoutout feature this summer. Twitter, too, has decided not to take a cut of tips sent through its new Tip Jar feature.

As TechCrunch points out, though, the tipping process we’re seeing right now is just a test. TikTok could still decide to be greedier when the feature launches more widely.

Bring in the influencers — TikTok has been massively popular for years, at this point, and yet somehow it is still growing. Not just in its number of monthly active users, but also in the amount of attention those users pay to the app. As of this summer, Americans actually spend more time on TikTok every week than they do on YouTube.

But TikTok is not the place most influencers call home. Instagram still reigns supreme in that particular court, mostly because Instagram is the original influencer platform.

TikTok is taking a low and slow approach to coaxing influencers. Last summer, the company created a $200 million Creator Fund meant to make earning money on TikTok more mainstream. Direct tipping isn’t enough on its own to make creators a living — but it could certainly be convincing when taken in tandem with other monetization options. Especially since Instagram doesn’t have anything similar yet.