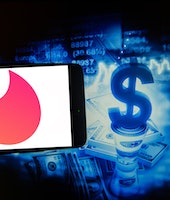 The revenue Tinder generated in 2019.

Tinder generated an impressive $1.2 billion in revenue for its parent company, Match Group last year, an increase of a whopping 43 percent over 2018. Match released its financials for the previous quarter and its year-end results for 2019 this week, and Tinder is the company’s largest money-spinner by far, raking in more than half of the company’s $2.1 billion in revenue, which grew 19 percent from the previous year.

Dating is their business — Match Group owns Tinder, OkCupid, Hinge, Match, Meetic, Pairs, and Plenty of Fish, making it the largest, digital match-making conglomerate in the Western world. Though services like Hinge and OkCupid offer more nuanced services than Tinder — which is often been dubbed the straight person’s Grindr — it continues to prove the most popular product in the Match stable.

Almost six million paying users — Though Tinder has a free tier, plenty of its users (5.9 million as of last quarter) are happy to pay for its revenue-generating subscription service. The free service limits how many times each day a user can swipe (that is, dismiss or indicate interest in other users) and in addition to removing that limit, the paid tier lets users give their profiles precedence in localized searches, or appear to be in other regions for some pre-emptive holiday or business-trip swiping.

What Match doesn’t tell us, though, is what success rate its users enjoyed. We’d love to see how many users used the service once before deleting their accounts. Or, conversely, how many swipes the most prolific user executed during the financial year. Think Spotify’s Wrapped, but for digital daters.

New features to drive growth — Tinder has done a good job of adding new features to its service over the years that have helped it grow its user base, even as some users successfully pair off and (in most cases) stop using it. Some of these have been focused on safety and identity verification, while others have focused on interactive content or location-specific experiences for paying users.

Tinder and many of its rivals are facing scrutiny from regulators who argue the services don’t do enough to prohibit underage users. Tinder, OkCupid, and competitor Grindr also stand accused of sharing user data with third parties without consent, while the latter was recently the target of fraudsters because of the high levels of engagement it enjoys.

However, much like social networks Facebook and Twitter, it looks like demand for the apps under Match’s banner isn’t going to taper off anytime soon, and users remain willing to forgive its indiscretions in exchange for helping facilitate theirs. For now at least.