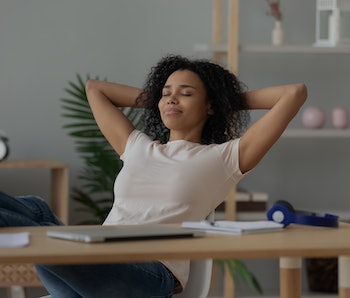 Many users are reporting that Twitter is down right now. Feeds are loading sporadically on the desktop version of the site, while some on the mobile app are able to load their feeds but are unable to send tweets. Users are met with a "Something went wrong" error or one stating the site is "over capacity."

DownDetector has received more than 40,000 problem reports as of the time of this writing.

For the most part, Twitter works seamlessly despite its massive user base. It's rare to see the platform struggling with its daily operations — or, in some cases, with keeping its users' accounts safe from 17-year-old hackers.

Reports on DownDetector were scattered, with most concentrated in the United States and Japan.

Twitter has yet to make any statements about the outage. As of 10:20 a.m. E.T., it seems the site is beginning to recover in fits and bursts. Too bad, really — the brief respite from the network's chaos was really doing wonders for our mental health.

Some users speculated that the crash was caused by Nintendo's announcement that Minecraft Steve would be joining the roster on Super Smash Bros. Ultimate. To be fair, the outage did coincide with the announcement. But correlation does not imply causation.

The hashtag #twitterdown was also trending on the network soon after the crash. Which is funny, when you think about it, because nothing can actually trend while Twitter is down.

More like this
Ian Campbell
5.23.2022 6:30 PM
Squircle
Instagram's visual refresh doesn't make me want to click buy
Will Gendron
5.18.2022 7:14 PM
Culture
Jordan Peterson’s awful Yumi Nu tweet got him chased off of Twitter
Will Gendron
5.24.2022 11:34 PM
Tech
Coinbase has been testing an app that allows staff to rate each other