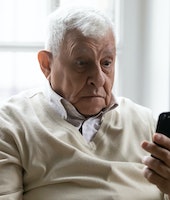 Twitter isn’t profitable. It may never be. There just aren’t enough active users to sustain actual revenue streams, and thus not enough advertisers to invest in the platform. And yet...

Elon Musk clearly saw an opportunity to swoop in over the past few weeks and orchestrate a hostile takeover of the company. Although Musk apparently thinks the solution lies in taking the company private, already multiple issues are cropping up that indicate his little rehabilitation project might be a massive mistake.

Firstly, simply owning a social media platform does not absolve you of responsibilities in the eyes of both federal courts and the SEC. Secondly, well, it looks like Twitter overestimated its number of daily active users... by about 2 million people.

Our bad — In the company’s recent earnings release, Twitter explained that a 2019 update allowing one to link multiple accounts under a single individual still registered each handle as a separate user. This, of course, resulted in an inaccurate count of the number of people using the social media platform.

After checking its math for every quarter in which it had messed up and tallying the new totals, Twitter found it had overcounted by somewhere between 1.4 million and 1.9 million daily active users, TechCrunch explains.

“This metric was meant to give advertisers a better idea of how many people on Twitter were eligible to be targeted with their marketing messages within a given time frame,” the report continues. “And since advertising continues to fuel Twitter’s business, accounting for the majority of its revenue, it was an important metric in terms of Twitter’s health.”

Not a total bust — Despite this impressive error, Twitter is still growing at a modest pace. The company finished the latest quarter with a corrected 229 million daily active users — up almost 16 percent from a year ago and beating analyst estimates of 226.9 million.

Of course, even that growth does not necessarily portend smooth sailing for the company, especially when Musk seems hell-bent on making the platform a “free speech absolutist” safe haven. Advertisers generally don’t enjoy sharing the same space as fascists, after all...