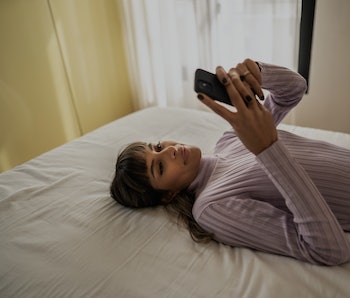 Super Follows was first announced back in February, and since then Twitter’s opened an application process where users can apply to be accepted into the program. To be eligible, you need to have at least 10,000 followers and have tweeted at least 25 times in the past month. Basically, you need to be someone who is popular on Twitter and actually has a chance of converting some followers into paying subscribers.

If you meet the criteria and get accepted, you’ll be able to charge fans a monthly subscription fee of $2.99, $4.99, or $9.99 to see “bonus tweets” that non-paying followers can’t. Whenever you go to share a new tweet, you choose whether it’s visible to everyone or just subscribers.

As an example of someone who might use Super Follows, Twitter said that skincare-focused user @MakeupforWOC is giving her paying subscribers “client-level treatment” through exclusive Q&A discussions.

Moolah baby — Like other platforms, Twitter has been adding new ways for popular users to make money off the content they create. The rise of OnlyFans and Substack has demonstrated that people are willing to pay for content from individual creators, especially if it deepens their connection to the person. Maybe you have a favorite vlogger on YouTube, for instance; they might use YouTube’s members feature to charge for early access to new videos. Creators recognize that the platforms are nothing without them, so platforms feel compelled to help them earn money so as not to lose them to a competitor.

Facebook, YouTube, and Snap are all among the companies that have poured billions of dollars into directly funding popular creators to make content and stay on their platforms, but in the long term initiatives like subscriptions are going to be a more sustainable way they can earn income.

Besides Super Follows, users can also support their favorite creators on Twitter by tipping them, if they have enabled the feature. Twitter early this year acquired newsletter platform Revue where creators can charge for access to longer-form work. Users can also charge for access to live audio discussions through its Spaces feature, effectively a clone of Clubhouse.